Man is programmed to be curious about government conspiracy and even fascinated by the unknown, and by extension the purported metaphysical and paranormal world – from ghosts to aliens. That curiosity translates by turns as a vehement and scientific denial of such worlds, or as a passionate faith in the existence of another plane of reality. Those who fall into the latter group will form networks and even paranormal teams dedicated to research and attempts to contact the spiritual world, regardless of the potential scrutiny. What was a socially acceptable habit and even a fun party trick one hundred years ago became a niche interest in the late 20th century, but these days the fringe groups involved in paranormal activity have become popularised again with reality TV shows like “Ghost Hunters”. Cynics still have a strong voice in this area, though, and many would be shocked to learn that even the world’s most respected institutions have had occasion to turn to the supernatural.

Governmental institutions from around the world have, in fact, been known to conduct various forms of paranormal research. When reports of this activity hit the press in the mid-twentieth century, unrest increased among conspiracy theorists who received a sort of validation of their fears of the unknown and the supernatural. One of the most mysterious government research programs is, of course, the space program. If they’re looking into the existence of alien lifeforms, surely the whole business must have some foundation in science and truth… Right?

Here, we’re presenting believers and cynics alike with six paranormal experiments conducted by authorised governmental bodies, both in the United States and the United Kingdom. Some of the experiments were conducted for the field of general scientific research while others had a more sinister motive, for use in warfare. Whether you’re a believer or a naysayer, the fact that some of the world’s most powerful governments saw the paranormal as legitimate field that warranted further study is a point of interest, at least. After all, those are your tax dollars and pounds at work…

The Philadelphia Experiment is much more than just a 1984 movie: It was one of the military’s earliest studies of the paranormal, and this particular experiment sounds as farfetched and sinister as a chapter of a Lovecraft novel. While the military’s official line remains vague on the existence of the experiment, a few key people have come forward to confirm that it happened – allegedly…

The Philadelphia Experiment centered around the USS Eldridge, which reportedly ‘teleported’ from Philadelphia, Pennsylvania to Norfolk, Virginia. The experiment was looking into possible invisibility devices and manipulating electromagnetic fields around the vessel, but the military stumbled into the area of possible time travel and teleportation. However, the sailors that were inside the vessel during these experiments were not so lucky. Tales of mangled bodies and torn up flesh accompany tales of the Philadelphia Experiment. 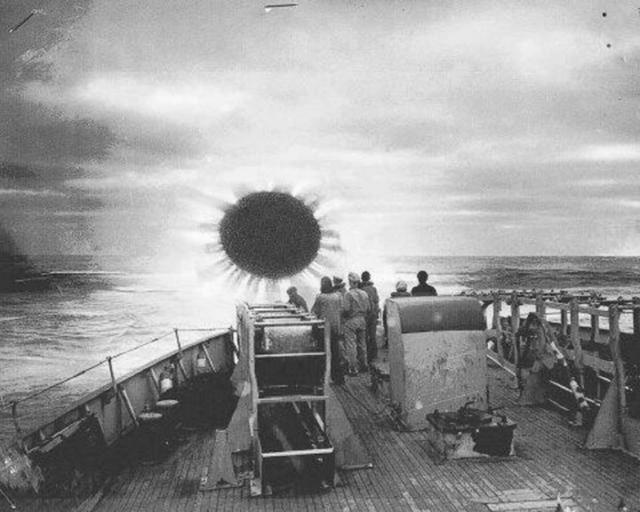 Project Sign was the first of a series of investigations into the existence and legitimacy of unidentified flying objects. The project was the first to make a comprehensive list of the factors defining an unidentified flying object which include color, shape of the object, speed of flight (usually around 300 knots), whether or not the object left a smoke trail, agility and maneuverability of the object, and absence of sound. This morphed into a “check list” of sorts for UFO and alien enthusiasts and is referenced for UFO sightings to this day. But the government didn’t really take kindly to the direction in which Project Sign was moving, since it was displaying a clear bias towards aliens as the cause of UFO’s as opposed to looking into more objective, logical explanations or natural causes.

Project Grudge was a short-lived investigation into UFO studies conducted by the United States Air Force. Because Project Sign was biased towards the existence of alien life, Project Grudge aimed to approach the study of UFOs more objectively, and to put a label on each kind of sighting and experience. Over 270 reports were taken, and only 23% of those reports were deemed to be unexplainable. Even though there were a number of Air Force officers who acknowledged the possibility of the existence of aliens, it wasn’t enough to add any more legitimacy to the idea of extraterrestrial life being connected to UFOs. The project was shut down after only eight months of operation.

Project Blue Book was the third in a series of research projects conducted by the United States Air Force studying UFOs. The goal of the project was to determine whether UFOs were a threat to the state of national security and to analyze the data collected from UFO studies including, but not limited to, eyewitness testimony and debris from potential alien activity. After seventeen years of operation, the project was ordered to shut down, a decision finalized in 1970. The study concluded that there was nothing anomalous about ‘UFOs’, they were not a threat to the national security of the United States, and there was nothing about UFOs that indicated a connection with alien lifeforms. Project Blue Book collected over 12,000 reports of UFO experiences, many of which were demystified as attributable to natural causes. Thanks to the Freedom of Information Act, all these reports are available to the public.

The United States Department of Intelligence (DIA) conducted a series of experiments now known as “Project Stargate”, starting in 1972, in hopes of investigating claims of psychic phenomenon to see if it would be useful in military warfare and intelligence research. The government was specifically interested in the psychic branch of ‘remote viewing’, the ability to psychically see events and locations from a distance. Numerous subjects participated in these experiments for a number of years. The project was eventually shut down in 1995 stating that the results were inconclusive and most likely not useful in the areas of government intelligence and warfare. The events of Project Stargate inspired the 2004 book by Jon Ronson, “The Men Who Stare At Goats”, which was eventually made into a movie by the same name in 2009. One of the youngest subjects of Project Stargate, Alfred Cota, has gone public with his experience with Project Stargate and continues to practice remote viewing.

Shortly after the September 11th attacks, the United Kingdom’s Ministry of Defence began to research paranormal phenomenon in hopes of finding something to aid them in the war against terrorism. The study was similar to Project Stargate before it, as the MoD was hoping to use psychics and astrology to locate local terrorist cells. The Ministry of Defence also researched the existence of alien life and conducted UFO studies. Ex-MoD member Nick Pope recently came forward having once ran the UFO sector for the MoD. He stated that the MoD has looked into not only UFO sightings and psychic phenomenon, but also hauntings that have been reported on military bases. Of all the cases he worked on, he stated that 85% could be explained, but the other 15% remain a mystery and could, possibly, be paranormal