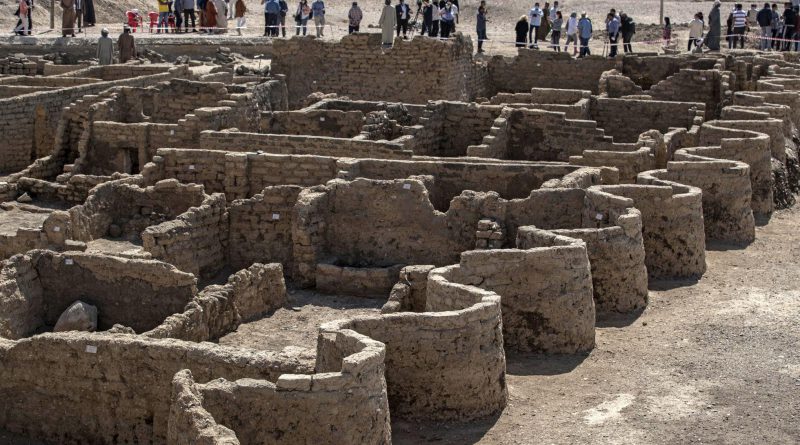 Archaeologists have found a “Lost Golden City” that’s been buried under the ancient Egyptian capital of Luxor for the past 3,000 years, the Egyptian Ministry of Tourism and Antiquities announced Thursday (April 8).

The city, historically known as “The Rise of Aten,” was founded by Amenhotep III (ruled 1391-1353 B.C.), the grandfather of Tutankhamun, or King Tut. People continued to use the “Golden City” during Amenhotep III’s co-regency with his son, Amenhotep IV (who later changed his name to Akhenaten), as well as during the rule of Tut and the pharaoh who followed him, known as Ay.

Despite the city’s rich history — historical documents report that it was home to King Amenhotep III’s three royal palaces and was the largest administrative and industrial settlement in Luxor at that time — its remains eluded archaeologists until now.

“Many foreign missions searched for this city and never found it,” Zahi Hawass, the archaeologist who led the Golden City’s excavation and the former minister of state for antiquities affairs, said in a translated statement.

In September 2020, archaeologists in Egypt had been excavating in this area to look for a mortuary temple of King Tutankhamun, who is among the best-known figures from ancient Egypt. The legend of Tutankhamun, whose tomb was discovered almost intact in the Valley of the Kings in 1922 by British archaeologists Howard Carter and Lord Carnarvon, is famous on account of the vast treasure discovered at the location. It was packed with several thousands of objects spread out over four rooms. A stone sarcophagus held three coffins, the last of which was made out of solid gold and held the mummy of Tutankhamun.

An Associated Press report stated that, although their search was originally devoted to the famous ancient king, the archaeologists ended up discovering mud-brick formations “in all directions”, which eventually turned out to be a well-preserved city.

What have the archaeologists discovered?

While unearthing the city, archaeologists are said to have found city walls and even rooms filled with utensils used in everyday life. Clay caps of wine vessels, rings, scarabs, coloured pottery, and spinning and weaving tools were found, the AP report said.

A more informative find has been that of a vessel containing 10kg of dried meat, which bore the inscription, “Year 37, dressed meat for the third Heb Sed festival from the slaughterhouse of the stockyard of Kha, made by the butcher luwy.” The city appears to have been abandoned about a year after this; the researchers hope to find out why.

This discovery has attracted frenzied attention from all over the world. 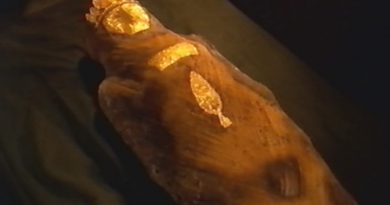