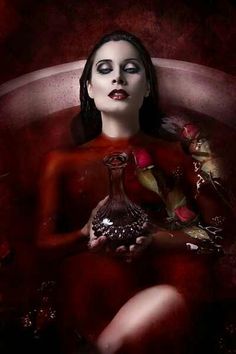 Countess Elizabeth Báthory de Ecsed (Báthory Erzsébet in Hungarian, Albeta Bátoriová in Slovak; 7 August 1560  21 August 1614) was a countess from the renowned Báthory family of Hungarian nobility. Although in modern times she has been labelled the most prolific female serial killer in history, her guilt is debated. She is nevertheless remembered as the “Blood Countess” or “Blood Queen”.

She and four collaborators were accused of torturing and killing hundreds of girls, with one witness attributing to them over 650 victims, though the number for which they were convicted was 80. Elizabeth herself was neither tried nor convicted. In 1610, however, she was imprisoned in the Csejte Castle, now in Slovakia and known as Cachtice, where she remained bricked in a set of rooms[clarification needed] until her death four years later.

Later writings about the case have led to legendary accounts of the Countess bathing in the blood of virgins in order to retain her youth and subsequently also to comparisons with Vlad III the Impaler of Wallachia, on whom the fictional Count Dracula is partly based, and to modern nicknames of the Blood Countess and Countess Dracula. 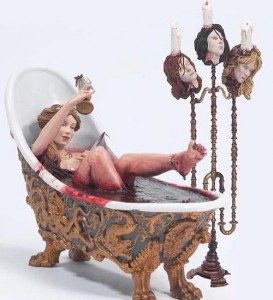 Elizabeth Báthory was born on a family estate in Nyírbátor, Hungary on 7 August 1560, and spent her childhood at Ecsed Castle. Her father was George Báthory of the Ecsed branch of the family, brother of Andrew Bonaventura Báthory, who had been Voivod of Transylvania, while her mother was Anna Báthory (15391570), daughter of Stephen Báthory of Somlyó, another Voivod of Transylvania, was of the Somlyó branch. Through her mother, Elizabeth was the niece of the Hungarian noble Stefan Báthory, King of Poland and Duke of Transylvania.

As a young woman she learned Latin, German and Greek.

Elizabeth was engaged to Ferenc Nádasdy, in what was probably a political arrangement within the circles of the aristocracy. The couple married on 8 May 1575, in the little palace of Varannó. There were approximately 4,500 guests at the wedding. Elizabeth moved to Nádasdy Castle in Sárvár and spent much time on her own, while her husband studied in Vienna. Ferenc was the son of Baron Tamás Nádasdy de Nádasd et Fogarasföld and his wife, Orsolya Kanizsai.

Nádasdys wedding gift to Báthory was his home, Csejte Castle, situated in the Little Carpathians near Trencsén (now Trencín), together with the Csejte country house and 17 adjacent villages. The castle itself was surrounded by a village and agricultural lands, bordered by outcrops of the Little Carpathians. In 1602, Nádasdy finally bought the castle from Rudolf II, Holy Roman Emperor, so that it became a private property of the family. She also lived for some time at the Burg Lockenhaus, now in eastern Austria.

In 1578, Nádasdy became the chief commander of Hungarian troops, leading them to war against the Ottomans. With her husband away at war, Elizabeth Báthory managed business affairs and the estates. That role usually included providing for the Hungarian and Slovak peasants, even medical care.

During the height of the Long War (15931606), she was charged with the defense of her husband’s estates, which lay on the route to Vienna.[2] The threat was significant, for the village of Csejte had previously been plundered by the Ottomans while Sárvár, located near the border that divided Royal Hungary and Ottoman occupied Hungary, was in even greater danger.

She was an educated woman who could read and write in four languages. There were several instances where she intervened on behalf of destitute women, including a woman whose husband was captured by the Turks and a woman whose daughter was raped and impregnated.

In 1585, Elizabeth gave birth to a daughter, Anna. A second daughter, Ursula, and her first son, Thomas, both died at an early age. After this, Elizabeth had three more children, Katherine (born in 1594), Paul (born around 1597) and Nicholas. All of her children were cared for by governesses as Elizabeth had been.

Elizabeth’s husband died in 1604 at the age of 47, reportedly due to an injury sustained in battle. The couple had been married for 29 years.

Between 1602 and 1604, Lutheran minister István Magyari complained about atrocities both publicly and with the court in Vienna, after rumors had spread.

The Hungarian authorities took some time to respond to Magyari’s complaints. Finally, in 1610, King Matthias assigned György Thurzo, the Palatine of Hungary, to investigate. Thurzó ordered two notaries to collect evidence in March 1610.[5] Even before obtaining the results, Thurzó debated further proceedings with Elizabeth’s son Paul and two of her sons-in-law. A trial and execution would have caused a public scandal and disgraced a noble and influential family (which at the time ruled Transylvania), and Elizabeth’s considerable property would have been seized by the crown. Thurzó, along with Paul and her two sons-in-law, originally planned for Elizabeth to be spirited away to a nunnery, but as accounts of her murder of the daughters of lesser nobility spread, it was agreed that Elizabeth Báthory should be kept under strict house arrest, but that further punishment should be avoided. It was also determined that Matthias would not have to repay his large debt to her, for which he lacked sufficient funds. 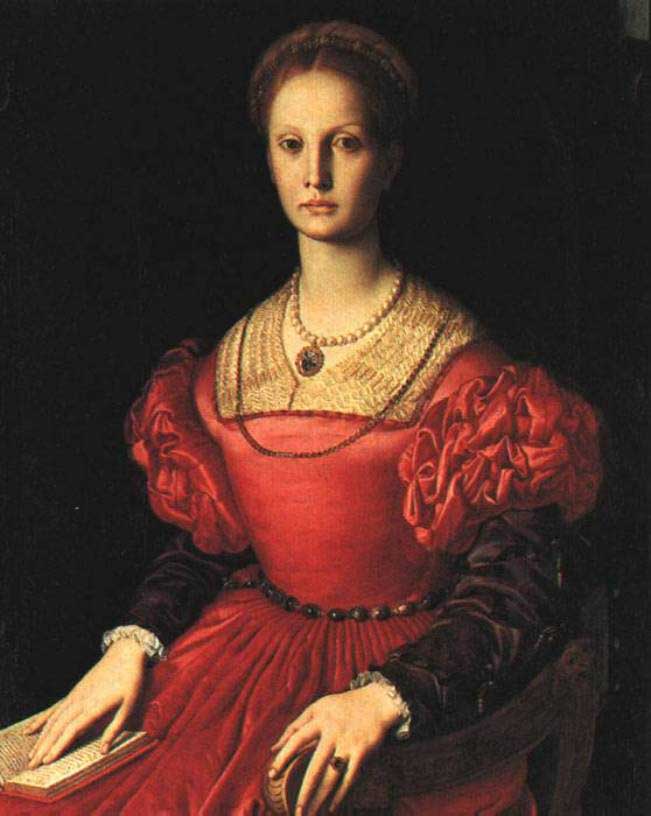 In 1610 and 1611, the notaries collected testimony from more than 300 witnesses. The trial records include the testimony of the four defendants, as well as thirteen witnesses. Priests, noblemen and commoners were questioned. Witnesses included the castellan and other personnel of Sárvár castle.

According to all this testimony, her initial victims were the adolescent daughters of local peasants, many of whom were lured to Csejte by offers of well-paid work as maidservants in the castle. Later, she is said to have begun to kill daughters of the lesser gentry, who were sent to her gynaeceum by their parents to learn courtly etiquette. Abductions were said to have occurred as well. 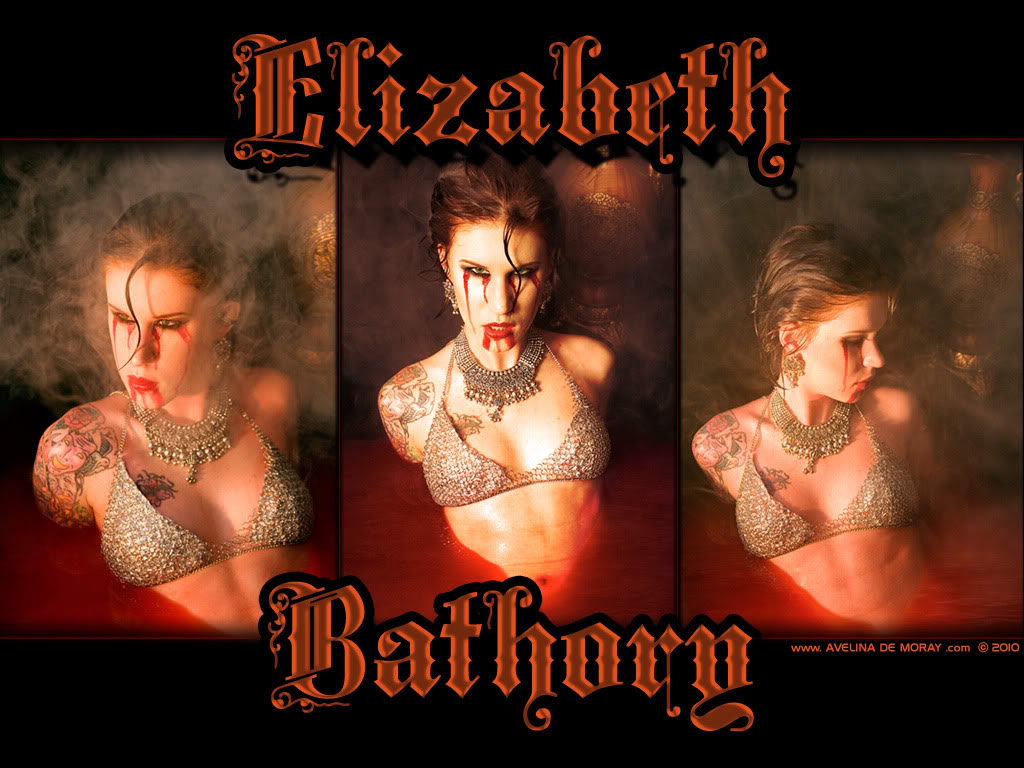 The descriptions of torture that emerged during the trials were often based on hearsay. The atrocities described most consistently included:

* burning or mutilation of hands, sometimes also of faces and genitalia

* biting the flesh off the faces, arms and other bodily parts

The use of needles was also mentioned by the collaborators in court.

Some witnesses named relatives who died while at the gynaeceum. Others reported having seen traces of torture on dead bodies, some of which were buried in graveyards, and others in unmarked locations. According to the testimony of the defendants, Elizabeth Báthory tortured and killed her victims not only at Csejte but also on her properties in Sárvár, Németkeresztúr, Bratislava, (then Pozsony, Pressburg), and Vienna, and even between these locations. In addition to the defendants, several people were named for supplying Elizabeth Báthory with young women. The girls had been procured either by deception or by force. A little-known figure named Anna Darvulia was rumored to have influenced Báthory, but Darvulia was dead long before the trial.

The exact number of young women tortured and killed by Elizabeth Báthory is unknown, though it is often speculated to be as high as 650, between the years 1585 and 1610. The estimates differ greatly. During the trial and before their execution, Szentes and Ficko reported 36 and 37 respectively, during their periods of service. The other defendants estimated a number of 50 or higher. Many Sárvár castle personnel estimated the number of bodies removed from the castle at between 100 to 200. One witness who spoke at the trial mentioned a book in which a total of over 650 victims was supposed to have been listed by Báthory. This number became part of the legend surrounding Báthory. Reportedly, the location of the diaries is unknown but 32 letters written by Báthory are stored in the Hungarian state archives in Budapest.

László Nagy has argued that Elizabeth Báthory was a victim of a conspiracy, a view opposed by others. Nagy argued that the proceedings were largely politically motivated. The conspiracy theory is consistent with Hungarian history at that time. There was great conflict between religions, including Protestant ones, and this was related to the extension of Habsburg power over Hungary. As a Transylvanian Protestant aristocrat, Elizabeth belonged to a group generally opposed to the Habsburgs.

Thurzó went to Csejte Castle on 30 December 1610 and arrested Báthory and four of her servants, who were accused of being her accomplices. Thurzó’s men reportedly found one girl dead and one dying. They reported that another woman was found wounded, others locked up.

While the countess was put under house arrest (and remained so from that point on), King Matthias requested that Elizabeth be sentenced to death. However, Thurzó successfully convinced the King that such an act would negatively affect the nobility. Hence, a trial was postponed indefinitely. Thurzo’s motivation for such an intervention is debated by scholars.

The countess’ associates however were brought to court. A trial was held on 7 January 1611 at Bicse, presided over by Royal Supreme Court judge Theodosious Syrmiensis de Szulo and 20 associate judges. Bathory did not appear at the trial. 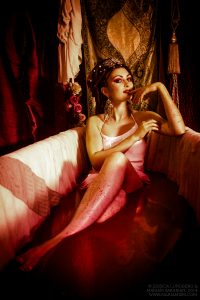 The defendants at that trial were Dorota Semtész, Ilona Jó, Katarína Benická, and János Újváry (“Ibis” or Ficko).

Semtész, Jó and Ficko were found guilty and condemned to death, the sentence being carried out immediately. Before being burned at the stake, Semtész and Jó had their fingers ripped off their hands with hot pokers, while Ficko, who was deemed less culpable, was beheaded before being consigned to the flames. A red gallows was erected near the castle to show the public that justice had been done. Benická was sentenced to life imprisonment, since recorded testimony indicated that she was dominated and bullied by the other women.

During the trial of her primary servants, Báthory had been placed under house arrest in a walled up set of rooms. She remained there for four years, until her death.

King Matthias had urged Thurzo to bring her to court and two notaries were sent to collect further evidence, but in the end no court proceedings against her were ever commenced.

On 21 August 1614, Elizabeth Báthory was found dead in her castle. Since there were several plates of food untouched, her actual date of death is unknown. She was buried in the church of Csejte, but due to the villagers’ uproar over having “The Tigress of Csejte” buried in their cemetery, her body was moved to her birth home at Ecsed, where it is interred at the Báthory family crypt.

The case of Elizabeth Báthory inspired numerous stories during the 18th and 19th centuries. The most common motif of these works was that of the countess bathing in her victims’ blood in order to retain beauty or youth.

This legend appeared in print for the first time in 1729, in the Jesuit scholar László Turóczis Tragica Historia, the first written account of the Báthory case. At the beginning of the 19th century, this certainty was questioned, and sadistic pleasure was considered a far more plausible motive for Elizabeth Báthory’s crimes. In 1817, the witness accounts (which had surfaced in 1765) were published for the first time, suggesting that the bloodbaths were legend.

The legend nonetheless persisted in the popular imagination. Some versions of the story were told with the purpose of denouncing female vanity, while other versions aimed to entertain or thrill their audience. The ethnic divisions in Eastern Europe and financial incentives for tourism contribute to the problems with historical accuracy in understanding Elizabeth Báthory. During the twentieth and 21st centuries, Elizabeth Báthory has continued to appear as a character in music, film, plays, books, games and toys and to serve as an inspiration for similar characters. 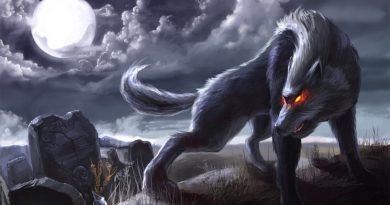 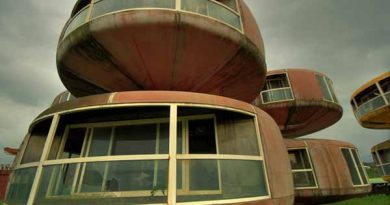 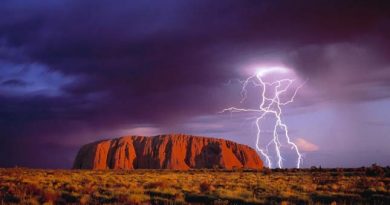