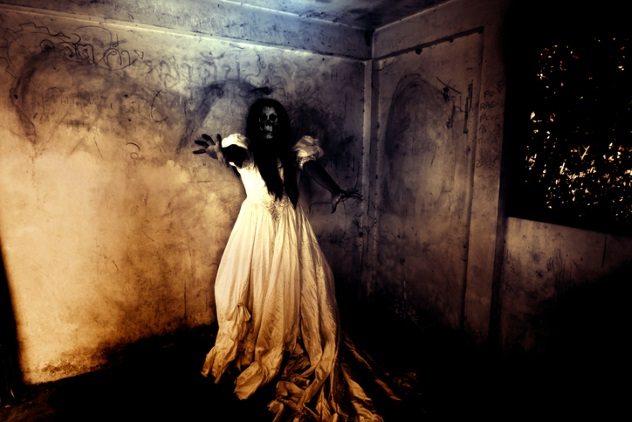 In 2013, the principal of Lee Williams High School in Kingman, Arizona, Steve Elwood, spoke to the Los Angeles Times about the multitude of ghost stories surrounding the school. Many of the people in town believe that the campus of the school is haunted and have reported seeing specters of women in prairie outfits and men kitted out in their best previous-century wear while attending graduation events.[1]

Along with the usual phenomena of flickering lights, phantom footsteps, and alarms that go off for no reason, there were also reports of a man dressed in a long coat and sporting a bowler hat who roamed the halls of the school as well as a tiny girl making herself heard at night about wanting to play outside. Lee Williams High School is situated partly on what used to be the old Pioneer Cemetery. In 2013, during construction of the new school building, eleven graves, seven coffins, and a multitude of artifacts were uncovered on the premises.

Skeptics attribute the ghostly reports to wild imaginations, but the janitor of the school insisted that the stories were true. He claimed to have heard footsteps entering the bathrooms at night when no one was there but himself as well as voices coming from some of the classrooms. 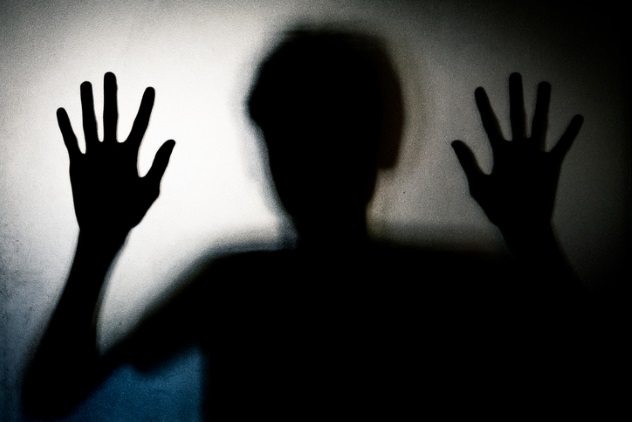 In 1912, Sophie B. Wright High School was the first public all-girls school in New Orleans. It eventually became a middle school. When Hurricane Katrina hit the area, teachers and learners were evacuated from the school, and the building was used as living quarters for National Guard personnel.[2]

Amid the chaos, ghosts came out to play. Sergent Robin Hairston reported seeing the apparition of a girl in a doorway. Specialist Rosales Leanor saw a shadow of a young woman in the school’s restroom that terrified her. A staff member who did not want to be named opened a closet to find a ghostly girl giggling at him. The volume of paranormal incidents being reported during that time resulted in a chaplain performing a cleansing of the building.

After this, reports drastically reduced, and the school is now known more for its academic excellence than for its ghostly inhabitants. 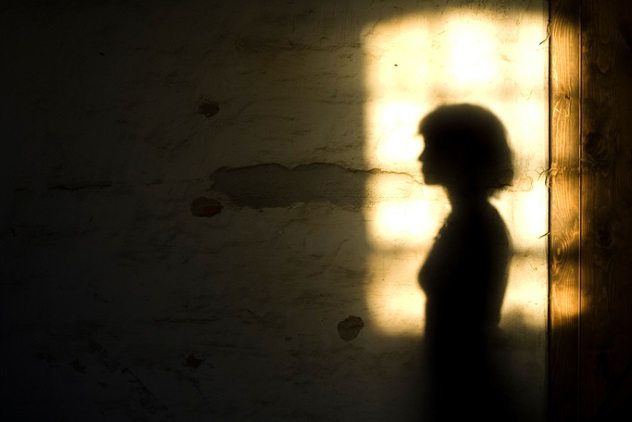 In 1952, Julia F. Callahan, founder of the school in Lynn, Massachusetts, named after her, died. Teachers and pupils alike soon became convinced she never left the school grounds. From eerie whistling heard in the hallways to strange sounds emanating from the attic, Callahan’s presence has become a familiar occurrence at the school.[3]

Pupils have reported doors being slammed in the library, while others claimed to have seen the ghost of Callahan entering through an access door. In 2008, a fifth-grader named Rachael Felice claimed that while she and her friend Nicole were in the bathroom down in the basement, they heard high-heeled shoes clicking over the floor. She and Nicole were the only ones in the bathroom.

There is some dispute about exactly how Callahan entered the afterlife, with some claiming that a bookcase fell on her and crushed her. Other variations of her death include that she had a heart attack in her office or fell off the roof of the school building. The principal, Ed Turmenne, wouldn’t be drawn into commenting on the stories and whether he believed them or not, but he did state that his view on Julia’s ghost was a positive one and that all was well, as her spirit was most likely watching over the pupils in the school. 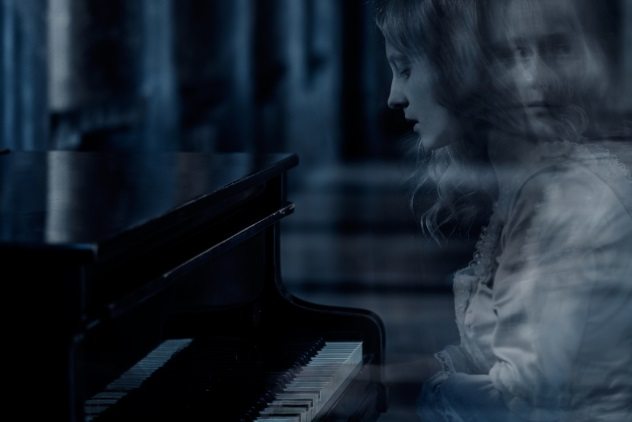 Even a very skeptical teacher had to admit something strange is happening at West High School in Anchorage, Alaska, when several sightings of a lonely-looking lady in white roaming the premises were reported.[4]

The lady in white has been seen standing backstage at the auditorium or standing dead still between the seats inside the massive room. She also apparently runs through the corridors at times or hides in the halls of the basement. A student stage manager once saw a girl opening the backstage door of the auditorium during a closed dress rehearsal and ran toward her to tell her off. Only when he got there, she had disappeared into thin air. Even a security guard saw something white dash past him in one of the corridors behind the auditorium balcony.

Another ghost that seems to not want to leave the West High School grounds is that of a janitor who died a long time ago. People have reported seeing a man sweeping the lobby when there should be no one there, while others claimed to have heard footsteps echoing through the empty halls and seen lights flicker on and off by themselves. 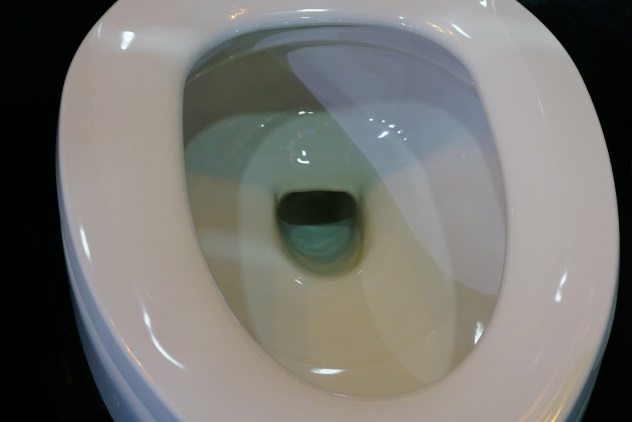 A female teacher at Mgotjane Primary School in Swaziland refused to return to the school in 2013 after claiming that evil spirits attacked her there. Another teacher vacated his living quarters at the school after reportedly feeling unsafe.[5] Thulani Dlamini reported hearing one of his colleagues shouting that four short men were trying to strangle him. Shortly after this, the men entered Dlamini’s room, and finding that they couldn’t strangle him, they kicked him and tried to press his face down on his bed to keep him from breathing.

Pupils at the school had their own terrifying experience as well. Three girls went into the bathroom, and while two used the toilet, the other stood by the door and waited. The two pupils inside the bathroom stall were astonished and horrified to hear a voice screaming at them from down the toilet, asking them why they were relieving themselves on it. The girl standing outside by the door also heard the voice and asked her friends who was in there with them. The voice inside the toilet got louder and louder until the girls could stand it no longer and ran back to class.

Parents and other teachers were extremely skeptical, with some even saying that the girls should stop making up stories. However, not long after this incident, other girls in the junior classes reported the same phenomenon. 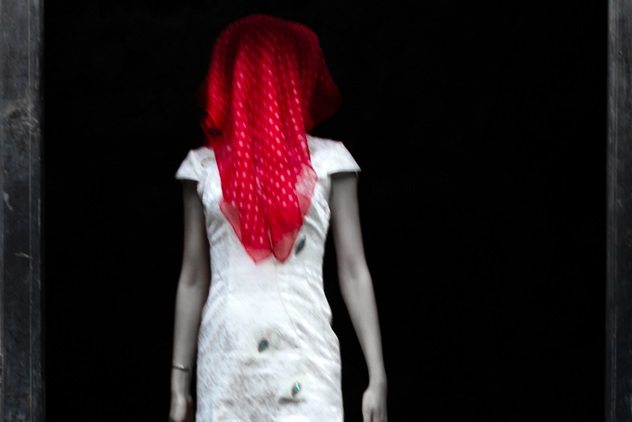 In an incident that started out as mass hysteria, 27 girls collapsed at Yanagawa High School in Japan after seeing a “vengeful spirit” in 2014. It started out with one girl screaming at the top of her lungs that she was paralyzed and unable to move. Then more girls started displaying the same behavior, causing other students to rush to the classroom to see what was happening. The craziness carried on for a couple of hours, with people suspecting that the girls became possessed by the spirit of a headless ghost.[6] The girls were yelling, “Kill me” and, “Die,” and eventually, the school doors were closed.

Some believe that a headless girl rumored to haunt the area of Mt. Hiko and the Aburagi Dam had somehow possessed one of the schoolgirls while she and her classmates were on an excursion. She carried the spirit home with her, which then took hold of the other pupils during class.