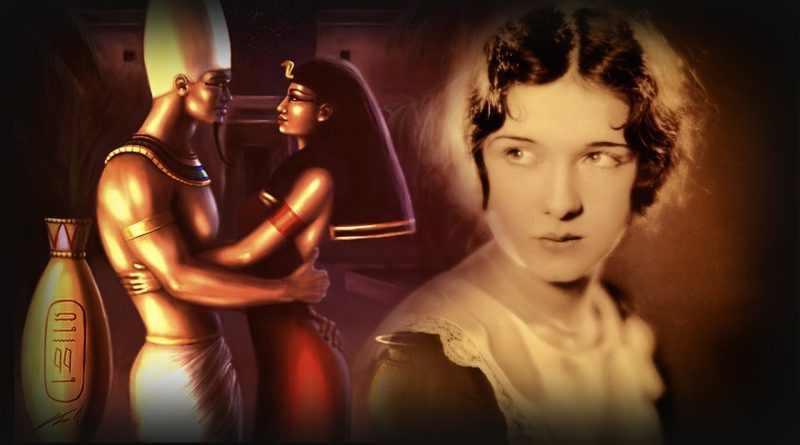 Dorothy Eady ‘died’ at the age of three and when she woke up her life had changed forever. She was convinced that she had once been born across the sea in ancient Egypt. She claimed that she had been an Egyptian Princess. Tales of reincarnation and past-life memory are rarely proven. In some instances the recollection seems fanciful and speculative, in others the information may be provocative and the details unique.

One of the most convincing examples of the latter in modern times is the extraordinary life of Dorothy Eady, an Englishwoman born at the turn of the 20th century who later became known to many as Omm Sety. Portions of her life have been documented in books and on film in recent times, describing her conscious memory of a life as a priestess in ancient Egypt, which began to awaken at the age of three following a serious fall. She told the dramatic story of how it came about candidly to many people, and made no apologies for her peculiar interest in this past life or for her remarkable affinity with a well-known monarch of Egypt’s 19th Dynasty, Pharaoh Sety I (c. 1320-1200 B.C.E.).

When Dorothy Eady arrived to Egypt for the first time, it was obvious to her that she had been there before. But her last visit near the Nile may have taken place thousands of years earlier.

Dorothy was born in 1904 in a suburb near London, UK. When she was just around three years old, she fell and injured her head drastically. She was declared dead by doctors who couldn’t help. However miraculously, the young child didn’t die but woke, and at that moment, her entire life changed. The young girl had changed forever; her actions were not those of a normal three-year-old, and her parents knew it. In numerous occasions, young Dorothy demanded to be taken home, to Egypt, thousands of miles from the suburbs of London.

She was convinced that she could remember her past life and that she was born, in a different life, across the sea in the land of the Pharaohs: Egypt. Not only did Dorothy remember who she was, but she recounted incredible details from a time when she was an Egyptian priestess.

Soon after, Dorothy took to hiding under tables and behind furniture. Her strange behaviour didn’t stop there. Instead of turning back into the little girl that she was before the accident, her actions become even more bizarre. She bewildered her parents with demands to be taken home. On another occasion, when her parents took her to visit the British Museum in London, Dorothy’s behaviour became even more bizarre when they entered the Egyptian Galleries. Among the Mummies of Ancient Egypt, were statues of all the Egyptian gods and goddesses. 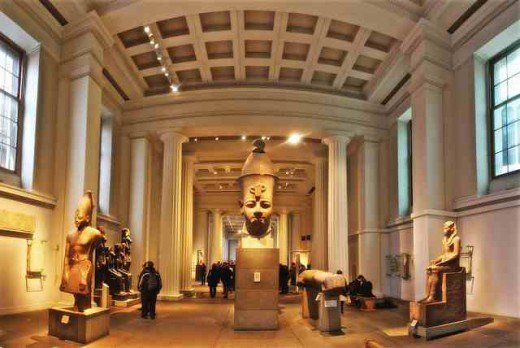 For no apparent reason, Dorothy rushed up to them and began kissing the feet of the statues.Then to her parents horror, she began screaming in a voice that sounded strange and old. the words that came out of her mouth stunned them.

Dorothy stated that she wanted to be left ‘with my people’.

After being taken by her parents to visit the British Museum, and on observing a photograph in the New Kingdom temple exhibits room, the young Eady called out “There is my home!” but “where are the trees? Where are the gardens?” The temple was that of Seti I, the father of Rameses the Great. She ran about the halls of the Egyptian rooms, “amongst her peoples”, kissing the statues’ feet. After this trip she took every opportunity to visit the British Museum rooms. There, she eventually met E. A. Wallis Budge, who was taken by her youthful enthusiasm and encouraged her in the study of hieroglyphs.

After a close escape during a bombing raid during World War I, she moved to her grandmother’s house in Sussex. Here, she continued her study of ancient Egypt at the Eastbourne public library. When she was fifteen she described a nocturnal visit from the mummy of Pharaoh Seti I. Her behaviour, coupled with sleep walking and nightmares, led her to be incarcerated in sanatoriums several times. On leaving school at sixteen she visited museums and archaeological sites around Britain, facilitated by her father’s investigations into the nationwide booming cinema industry.

On a separate occasion, Dorothy was shown a photo of of the temple built by Seti I. She immediately told her father that the temple was her real home, a conviction she never lost as she got older.

She then went on to claim that she had known Seti, and that he was a kindly man. As her convictions grew, Dorothy began to learn how to read hieroglyphics at the British Museum.

She astounded her teacher with her ability to learn the symbols easily. Dorothy explained to her that actually she wasn’t learning a new language, just revising the old language that she had forgotten. Her behaviour didn’t just affect her parents. There were many times when her insistence that she was the reincarnation of Omm Sety caused her and her parents embarrassment.

Eady became a part-time student at Plymouth Art School and began to collect affordable Egyptian antiquities. During her period at Portsmouth she became part of a theatre group that on occasion performed a play based on the story of Isis and Osiris. She took the role of Isis and sang the lamentation for Osiris’s death, based on Andrew Lang’s translation:

The light has left the world, the world is grey.

Athwart the starry skies the web of darkness lies;

Sing we Osiris, passed away.

Weep, children of the Nile, weep – for your Lord is dead.

At the age of twenty-seven, she began working in London with an Egyptian public relations magazine, for which she wrote articles and drew cartoons that reflected her political support for an independent Egypt. During this period she met her future husband Eman Abdel Meguid, an Egyptian student, with whom she continued to correspond when he returned home.

Her Sunday School teacher, at her wits end, asked Dorothy’s parents to keep her away from the class purely because she was upsetting the other children. On one occasion, Dorothy compared Christianity with ‘heathen Ancient Egyptian’. Heathen in this sense meant pagan, or of the earth.

She then refused to sing any Hymns that inferred derogatory names aimed at Egyptians, such as, ‘curse the swart Egyptians’.

Her regular visits to Mass by the Catholic Church, were terminated because she kept referring to it as ‘liking to the Old Religion’.

After a bombing raid during World War 1, Dorothy went to live with her grandmother in Sussex.

Here she continued her study of Ancient Egypt. As she grew older, she became fascinated with archaeological sites, and began to collect Egyptian Antiquities.

In 1931 she moved to Egypt after Emam Abdel Meguid, by now a teacher of English, asked her to marry him. On arriving in Egypt, she kissed the ground and announced she had come home to stay. The couple stayed in Cairo and her husband’s family gave her the nickname “Bulbul” (Nightingale). Their son was named Sety, from which is derived her popular name ‘Omm Sety’ (“Mother of Sety”). After a chance meeting with George Reisner’s secretary, who commented on her apparent ability to charm snakes and told her that spells on such powers were in early ancient Egyptian literature, Omm Sety visited the Fifth Dynasty pyramid of Unas. Klaus Baer recalled her piety when she accompanied him on a visit to Sakkara in the early 1950s, when she brought an offering and took off her shoes before entering Unas’ pyramid. She continued to report apparitions and out-of-body experiences during this time, which caused friction with the upper-middle-class family she had married into

Hor-Ra’s story of her life

During her early period she reported night time visitations by an apparition of Hor-Ra. He slowly dictated to her, over a twelve-month period, the story of her previous life. The story took up around seventy pages of cursive hieroglyphic text. It described the life of a young woman in ancient Egypt, called Bentreshyt, who had reincarnated in the person of Dorothy Eady. Bentreshyt (“Harp of Joy”) is described in this text as being of humble origin, her mother a vegetable seller and her father a soldier during the reign of Seti I (c.1290 BC to 1279 BC). When she was three, her mother died, and she was placed in the temple of Kom el-Sultan because her father couldn’t afford her. There, she was brought up to be a priestess. When she was twelve years old the High Priest asked her if she wished to go out into the world or stay and become a consecrated virgin. In the absence of full understanding and without a practical alternative, she took the vows.

During the next two years, she learned her role in the annual drama of Osiris’s passion and resurrection, a role that only virgin priestesses consecrated to Isis could perform. One day Seti I visited and spoke to her. They became lovers, eating “the uncooked goose,” an ancient Egyptian term that has been compared to “eating the forbidden fruit.” When Bentreshyt became pregnant she told the High Priest who the father was. The High Priest informed her that the gravity of the offence was so terrible that death would be the most likely penalty at a trial. Unwilling to face the public scandal for Seti, she committed suicide rather than face trial.

A Reunion of Two Souls

Dorothy Eady died at age 81 and was buried in the Coptic cemetery in Abydos. She believed that death would allow her to reconnect with her beloved. Even now, researchers are still trying to prove that she was she a liar, who had somehow gotten access to the newest literature and had great acting skills. But others say that she was one of the most fascinating people they have ever met. 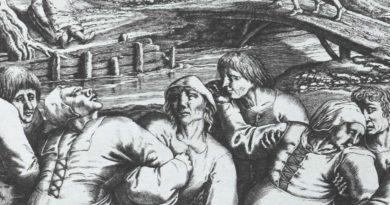