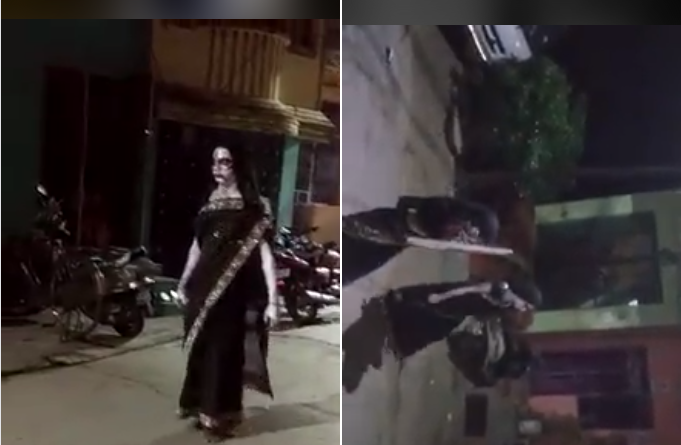 A ghost is on the prowl in a village in Odisha. Apparently hired by the gram panchayat, the sari-clad woman with chalk-white skin roams around at night to ensure that people follow the lockdown. As excepted, her anklets goes chhan chhan when she walks. Villagers scream and retreat as soon as they see her.

“This does seem like a scene from a comedy horror film! Full marks for creativity to the person who thought about this. We also need to educate people so that they do not take the pandemic lightly and do not fall for rumours,” says film director Madhureeta Anand. It’s an idea that seems to have been getting around, as it has since been reported that a woman in India has been doing pretty much the same thing while dressed up as a specter.

With long black hair, chalk-white skin and a black flowing sari, the woman has turned more than a few heads recently and according to reports, has proven quite effective at eliciting compliance.

“Full marks for creativity to the person who thought about this. We also need to educate people so that they do not take the pandemic lightly and do not fall for rumors.”

Model and actor Renee Dhyani says it’s a great idea to use quirk and humour to send across a serious message. And she would love to play this ghost! “This is out-of-the-box thinking. I would love to play this ghost. I love the way she dresses up and walks in the video,” says Dhyani. From cops wearing corona shaped helmet in Chennai to a man dressed as Yamraj in Delhi warning people not to break the lockdown, authorities are coming up with all sorts of quirky ideas across India to contain Covid-19.  But this ghost surely sets a tough benchmark! 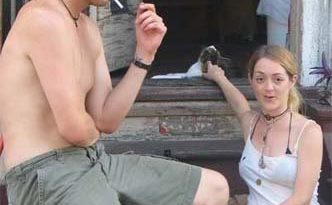 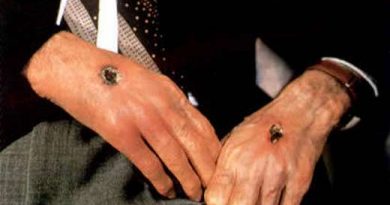 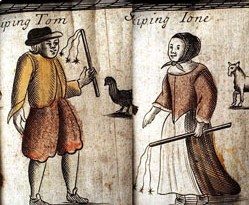