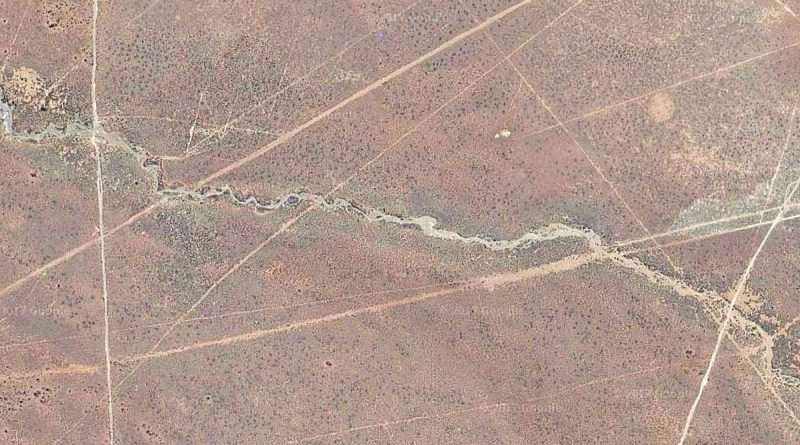 The Sajama Lines of western Bolivia are a network of thousands (possibly tens of thousands) of nearly perfectly straight paths etched into the ground continuously for more than 3,000 years by the indigenous people living near the volcano Sajama. They form a web-like network that blankets the Altiplano.

If you look at a satellite image of western Bolivia’s desolate Altiplano plateau, it will appear as if there are thousands of perfectly straight roads criss-crossing each other for no practical reason, stretching for miles and apparently leading to nowhere. Dig deeper, and you’ll discover that these are not roads at all, but white lines etched into the desert sand.

These strange geoglyphs are a network of ancient paths etched into the earth by the indigenous people of the region some 3,000 years ago. They are found near the Nevado Sajama volcano, the highest point in Bolivia. The thousands of individual lines, each three to ten feet in width, are almost perfectly straight mile after mile in spite of the rugged terrain of the highlands—quite a feat for the indigenous people who paved them without modern technology.

Positioned end to end, the Sajama Lines would cover 10,000 miles of terrain, leading many to call the lines the world’s largest work of art. However their exact origins are unknown to this day. 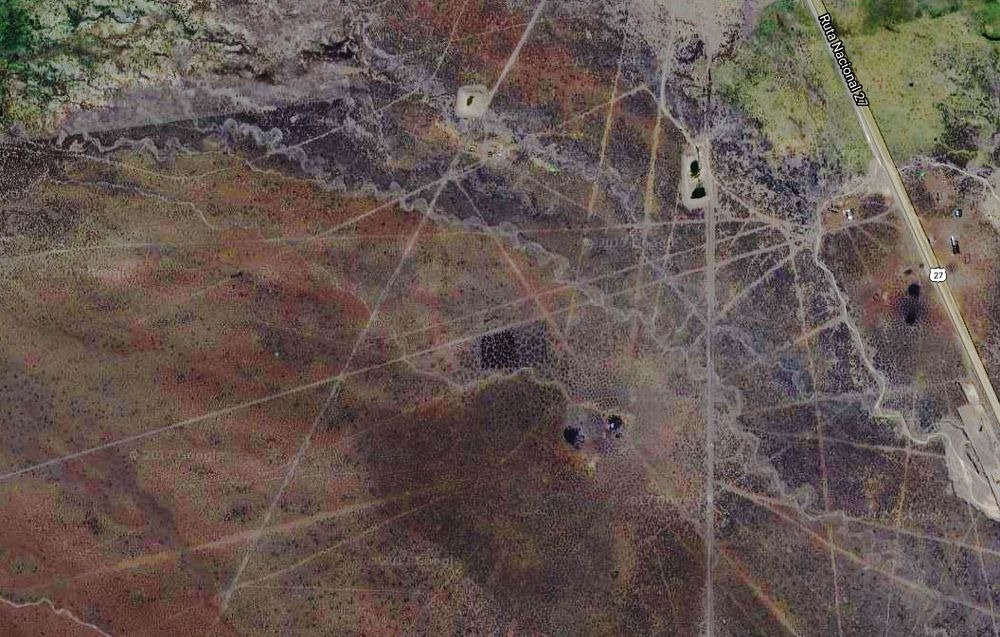 The geoglyphs were most likely created through the process of scraping away the dark oxidized rock on the surface to reveal a lighter surface beneath. The question is, why did these people take the time and effort to pave such seemingly illogical criss-crossing trails? One theory suggests that the lines were forged to serve as footpaths leading to shrines and sacred sites, but this remains unconfirmed. A team of researchers at the University of Pennsylvania is currently investigating the history of the lines, but as of now, their origins remain a mystery.

Named after the nearby volcano, the Sajama Lines lie under the shadow of Bolivia’s tallest peak. From the ground, the lines are practically invisible and easy to overlook. It’s only from the air that one can recognize the incomprehensible extent of what maybe the world’s largest prehistoric artwork. 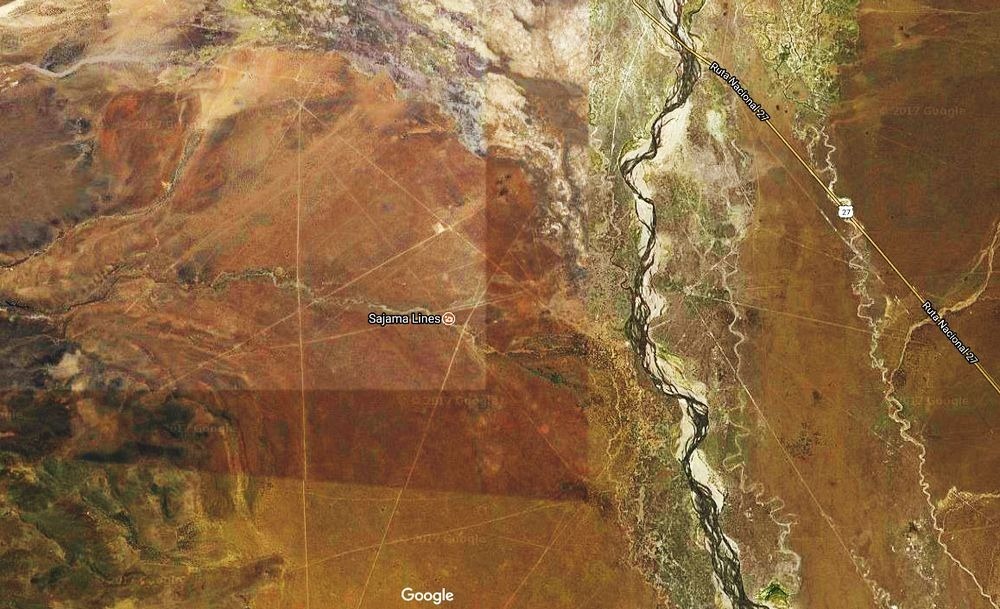 The Sajama Lines average between one and three meters wide, and run from a few meters to several kilometers. The longest of them are about twenty kilometers in length. They were created by scrapping away the dark oxidized surface rocks to expose the lighter soil beneath. Often, the lines radiate from a common area, usually somewhat elevated, allowing the lines to be seen more easily. Researchers think that these “radial centers” could be sites of ancient shrines, burial towers or even towns. One theory is that the lines were used by the indigenous people as guide when they made sacred pilgrimages. Indeed, some of the modern roads connecting towns appears to have been built upon these straight lines. Though the region is now sparsely populated there is evidence that some of the lines are still in use as footpaths. 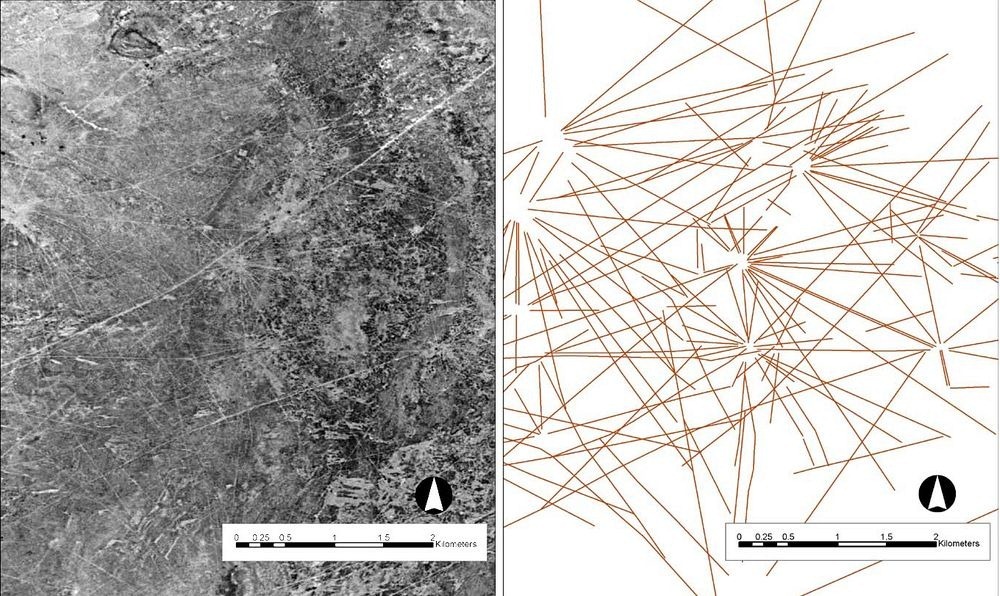 In all, the Sajama Lines cover an area of approximately 22,000 square kilometers, which is about fifteen times larger than the famous Nazca lines in southern Peru. Rough estimates put their linear length at an astonishing 16,000 kilometers. Some consider the Sajama Lines to be the largest artwork in the world.

The sheer number of lines present and the relative area they cover suggest that they have been constructed over many generations spanning hundreds and maybe even thousands of years. The arid climate of the high altiplano, with its sparse rainfall and slow-growing vegetation, has kept the lines relatively intact.

Despite being located near the more popular Nazca Lines in Peru, very little research have been devoted to the Sajama Lines. It was only in 1932, that the first brief reference to the geoglyphs was made in English by the Argentine professor, Aimé Félix Tschiffely, who earned fame by riding on horseback from Argentina to New York City. That same decade, anthropologist Alfred Metraux brought the lines and associated structures to the attention of scholars through his ethnographic fieldwork about the Aymara and Chipaya people of the Carangas region. 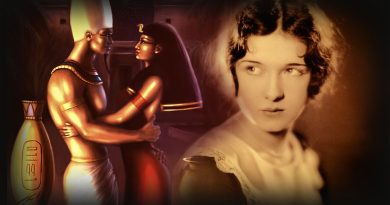 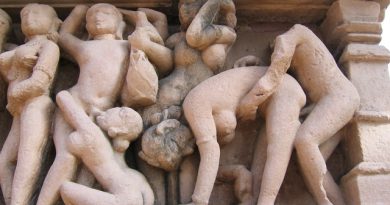