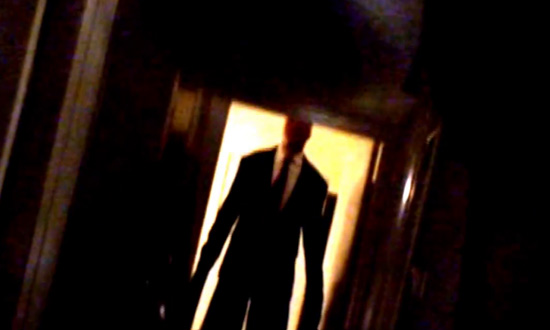 There are legends and myths that have been around for centuries and have seared themselves into our minds and culture. Then there are those that have been brought to life by way of modern technologies reminding us of nightmares that should have been buried and forgotten. One such legend is known through internet popularity as Slender man.

The creature known as Slender man is said to have the appearance of a tall, lanky man in a black suit. Not so scary, right? Just wait.

He towers at six to seven feet with unusually thin limbs. His face, if you can call it that, is featureless and white, though some say that it can morph into whatever you fear the most. His arms, however, can stretch out to grab his victims and bend in unnatural ways with long, talon-like fingers used to scratch at the windows of children. Yes thats right. While he haunts everyone who has the misfortune to see him, he prefers to devour those that are 16 and younger. He is also said to have multiple arms sometimes seen as long tentacles used to ensnare whomever catches his eye, or should I say, the void where his face should be.

Slender man is a silent stalker that likes to hide in plain sight and is usually spotted in wooded areas where he could blend in amongst the trees and dark corners of the forest. When he finds his victim of choice, he follows them home and upon being seen through the window, can use a form of hypnosis that compels you to walk right into his spindly arms. Usually glimpsed at a distance, once hes close enough to get a good look at, thats when he slinks into your home appearing in dark hallways or blank t.v. screens.

American legend says that he was once a man who was tortured viciously, first being beaten with a log, then impaled with a 2 foot stick and hung from a tree with his arms and legs pulled from their sockets.

When captured, you will wake to find Slender man standing above you. He will ask one question and if youre lucky and get it right, he breaks both your arms and legs. But if you are wrong, then he slowly sticks his fingers down your throat pulling out the heart. In circles on the internet Slender man is claimed to be the creation of a website called Somethingawful.com. Many say that this alone debunks the mysterious legend and closes the case on the creatures fictitious existence. Well, not quite.

It appears that the Slender man myth goes back a lot farther than is claimed. He is based on something called Der Grossman, meaning tall man, which is the Germanic version. Legend says that children would site him in the Black Forest days before their disappearance. All that was left behind would be the mutilated remains of livestock and in a few cases, village inhabitants would be found several miles from their homes impaled on the higher branches of the trees.

A Romanian folktale tells of twin sisters Sorina and Stela that were led out into the woods one day by their mother. They could see Der Grossman close by, waiting dressed as a nobleman, his arms boneless as snakes and sharp as swords. The mother, under the order of the creature, told her daughter Stela to cut a circle in the ground with a knife and have Sorina lay down in the middle to be cut open. Stela refused and ran home to hide under her bed. When their father returned home, his terrified daughter told him what had transpired and he then went into the forest to track down the twins mother. The girl fell asleep to be awakened by a knock on the door. Open the door, its your father, a voice said. The girl refused. Open the door its your mother, the voice continued. Upon refusing once again, the door flew open to reveal the horrible sight of her mother holding the severed head of her sister Sorina in one hand and the head of her father in the other. Why? cried Stela. Because, said her mother, there is no reward for goodness in this world, nothing but cold steel teeth and scourging fire for all of us. And its coming for you now. At that moment, Der Grossman, or Slender man, slid from the fireplace clenching the surviving twin in his burning embrace. And that was the end of her.

Internet fiction or not, Slender man indeed has horrifying origins and lore from the old world. What makes this myth so fearful is the fact that to this day, people are still questioning the existence of this humanoid creature. Websites flooded with people claiming to have had sightings of him especially those that live near wooded areas. Even more terrifying is that he has been known to imitate the voice of a human calling out your name in the dark. And it seems that the more you talk about or research Slender man, the more likely you are to encounter him bringing life to a supposed legend.

The Slender Man is an alleged paranormal figure purported to have been in existence for centuries, covering a large geographic area. Believers in the Slender Man tie his appearances in with many other legends around the world, including; Fear Dubh (or, The Dark Man) in Scotland, the Dutch Takkenmann (Branch Man), and the German legend of Der Großmann or Der Grosse Mann (the Tall Man).

The Slender Man is a being male in appearance who looks like a man with extremely long, slender arms and legs. He also appears to have 4 to 8 long, black tentacles that protrude from his back, though different photographs and enthusiasts disagree on this fact, and therefore it is theorized he can ‘contract’ these tentacles at will.

He is described as wearing a black suit strikingly similar to the visage of the notorious Men In Black, and as the name suggests, appears very thin and able to stretch his limbs and torso to inhuman lengths in order to induce fear and ensnare his prey. Once his arms are outstretched, his victims are put into something of a hypnotized state, where they are utterly helpless to stop themselves from walking into them.

He also often appears to float or drift around rather than walk, which suggest the possibility of him being an ethereal being rather than a creature or a man. This would also explain why he is able to remain mobile in spite of his poorly proportioned body.

Even though Slender Man was fabricated on SomethingAwful forums (or was he?), some people have already claimed sightings. He is seen mostly at night peering into open windows and walks out in front of lone motorists on secluded roads. His main intentions appear to be kidnapping children, as when he is seen near them in photographs, they usually disappear shortly afterwards. The Slender Man has also inspired many stories such as those of Marble Hornets.

The earliest argued reference to the legend is within the cave paintings found in the Serr da Capivara National Park in the Northeast of Brazil, which are believed to date from as far back as 9000 BC. These paintings show a strangely elongated character leading a child by the hand, but make no reference to the extra appendages.

The next known possible reference to the Slender Man comes from around 3100 BC in lower Egypt, with references to the “Thief of the Gods” or the “Thief of Kuk” becoming common place during the reign of Pharaoh Wazner. Hieroglyphic carvings representing the Thief were found in the pharaoh’s tomb, who was rumored to have had some kind of encounter with the entity. The carvings resemble a strange figure with multiple upper limbs, one that has never been found in any other hieroglyph language.

Renowned German woodcutter Hans Freckenberg created at least two woodcuts featuring a character he described as Der Ritter (The Knight) during the mid-sixteenth century that were discovered in Halstberg Castle in 1883. Whilst Freckenberg was well-known for his realistic depiction of human anatomy – something that was unusual among woodcuts of the time – these pictures featured a skeletal, multi-limbed character. Historians are unsure of the exact symbolic nature of the character, with some claiming that it is a personification of the religious wars that raged in Europe at the time, while others say it represents the mysterious plagues that have been believed to be the reason for the mysterious abandoning of the Hastlberg Castle and the nearby village in 1543.

However, many insist that Freckenberg was attempting to represent “Der Großmann” (the Tall Man). According to legend, he was a fairy ho lived in the Black Forest. Bad children who crept into the woods at night would be relentlessly chased by Der Großmann, who wouldn’t leave them be until he either caught them or they were forced to tell their parents of their wrongdoing. Even then, there is a chilling account from an old journal, dating from about 1702:

“My child, my Lars he is gone. Taken, from his bed. The only thing that we found was a scrap of black clothing. It feels like cotton, but it is softer thicker. Lars came into my bedroom yesterday, screaming at the top of his lungs that “The angel is outside!” I asked him what he was talking about, and he told me some nonsense fairy story about Der Großmann. He said he went into the groves by our village and found one of my cows dead, hanging from a tree. I thought nothing of it at first but now, he is gone. We must find Lars, and my family must leave before we are killed. I am sorry, my son I should have listened. May God forgive me.”

There is also a Romanian fairytale which tells the legend of the Tall Man, featuring this description which may have taken to refer to the Slender Man

“The tall man stood in a clearing, dressed as a nobleman, all in black. Shadows lay over him, dark as a cloudy midnight. He had many arms, all long and boneless as snakes, all sharp as swords, and they writhed like worms on nails. He did not speak, but made his intentions known,”

In the fairytale, the Tall Man causes a mother to kill her husband and child, before he slid from a fireplace and “clenched her in his burning embrace.” 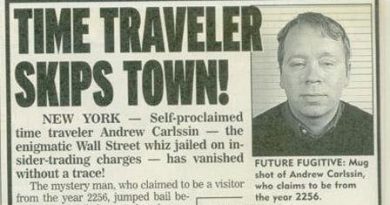 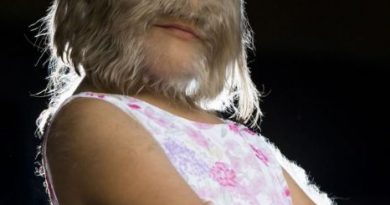 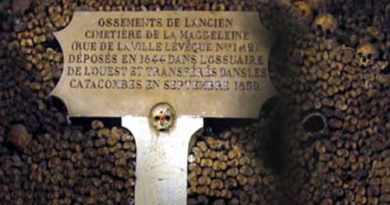