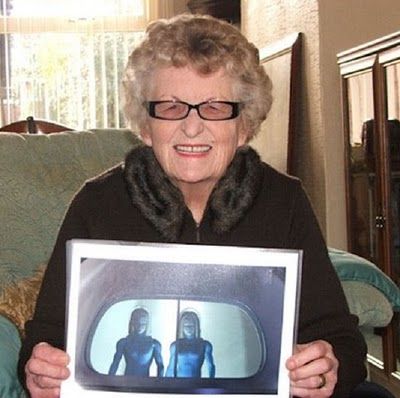 Two very strange UFO occupant reports taken from the 1977 English documentary ‘Out Of This World’ – the first one involves a lady and her two sons witnessing a UFO (and occupants) over her house in Staffordshire, 1954 and the second video features testimony from a couple in Winchester who state their vehicle was forced off the road before encountering occupants from a strange cigar shaped object in 1976. Reports of very close sightings of discoid UFOs with transparent domes, with “human-looking” UFO-occupants, include Mrs.Roestenberg, age 29 at the time, and her two sons over her home near Ranton, Staffordshire, England in Oct-1954

In October, 1954, in Staffordshire, UK, Jessie Roestenberg was in her small cottage, while her two sons were outside. Mrs. Roestenberg heard an usual sound; a sound like water being poured on a fire. Her first thoughts were of her children. Could a plane be about to crash? Going outside to see what had caused this strange sound, she saw both of her sons laying on the ground in the garden in front of the house. They were shouting, “Mommy, Mommy, there’s a flying saucer.” Mrs. Roestenberg walked to the side of the house, got a strange feeling, looked up a saw a “huge, Mexican hat” like object. It was of a shining, metallic-silver substance and it was sitting stationary above the house.

The object had a dome on top, through which she could see two occupants. She described them as “beautiful,” with long golden hair. The occupants wore a pale-blue jumper suit. The UFO was tilted in a position that allowed Mrs. Roestenberg to see the occupants, and they could see her. She could see them clearly enough to tell that the bottoms of their faces were similar in shape to a human’s, while the top of their heads were proportionaly larger.

During this encounter, the witness was “paralyzed with fear.” The eerie confrontation seemed to make time stand still; she could not tell how long she watched the object. For a brief moment, she glanced at her two boys, and when she looked back up, the UFO had gone. She asked her sons where the object had gone. They pointed up to a small dot in the sky. The UFO circled three times in the air, and then shot away into the sky.

The fear of what she and her sons had seen compelled them to hide under the kitchen table, until her husband came home from work. As news of the event leaked out to others, the family was ridiculed. 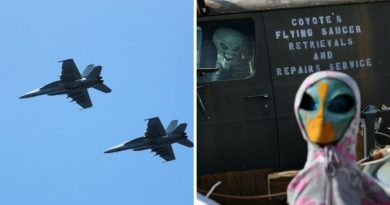 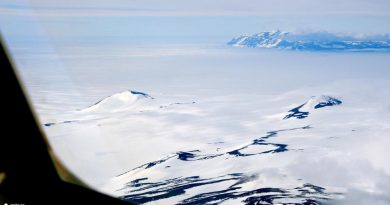 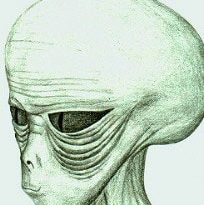