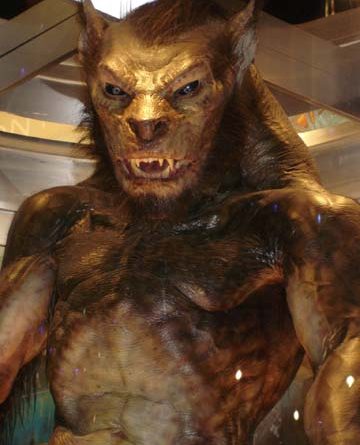 The mythological belief in werewolves has been with us for centuries. Many historians and folklorists have pondered the origins of the belief in lycanthropy, which is really the human ability to change into not only wolves but bears, big cats and other dangerous creatures. Of all of these transformations though, that of man into wolf is the best known. This is largely due to the Old World traditions of wolves being feared as predators by the Europeans. There are many historical accounts of wolves preying on human beings during wars and hard winters, although not all of these accounts can be taken as fact. However, the true accounts were prevalent enough that the French had a word for the wolf that has acquired a taste for human flesh, the werewolf or the loup-garou.

As Christianity rose to power, the church condemned such beliefs and soon, the wolf was seen as a symbol of evil. Many debated over whether or not men really turned into wolves or if Satan merely caused witnesses to be deluded into thinking a man had changed into a wolf.

For those who claimed such powers, their delusions were frighteningly real. Many people who believed themselves to be werewolves testified, under torture and otherwise, of murdering both people and animals while in their transformed state. For this reason, many researcher today have associated being a werewolf with those we would deem to be murderously mentally ill. Among these were serial killers like Stubbe Peeter, who was tried in Germany in 1589 for a 25 year crime spree. During that time, he murdered adults and children (including his own son), committed cannibalism and incest and attacked animals. Peeter claimed to have made a pact with Satan, who had then given him an animal pelt that would change him into a wolf. In 1598, French authorities arrested Jacques Roulet after he was found hiding in some brush and covered with the blood of a mutilated teenaged boy. Roulet claimed that he had killed the boy while transformed into a werewolf. Was that wolfman ?

With tales such of this, lycanthropy has been deemed as a serious mental disorder. But can we really place all accounts of werewolves into a category of human dysfunction? There are sightings and accounts that do exist, although few of them, that lead researchers to ponder whether or not man-wolves can actually be real. In reality, these creatures should not exist, but so much of our understanding of these creatures comes from anthropologists and folklorists (not to mention the movies) and since these sensible people would never believe that a werewolf could possibly be seen – they natural dismiss any true accounts that might surface.

This is not to say that werewolves are real – I leave such decisions for the reader to judge – but there are some accounts out there that just might have you thinking twice. Remember that werewolves are only slightly less implausible than many other creatures that people claim to see (from Bigfoot to giant winged creatures) but most of us have a lot less trouble believing in the other assorted monsters said to wander the land. The stories that follow do not amount to trying to convince the reader that true werewolves are prowling America, but they are worthy of interest.

As you will soon see, the state of Wisconsin seems to have a number of werewolf sightings. Why this might be is anyones guess, but the stories that follow will certainly have you leaving the high beams of your car headlights on while traveling the back roads of the cheese state at night! One of the first Wisconsin werewolf sightings occurred in 1936. A man named Mark Schackelman reportedly encountering a talking wolfman just east of Jefferson, Wisconsin on Highway 18. As he was driving along the road one evening, he spotted a figure digging in an old Indian mound. He looked closer and saw that the figure was a strange, hair-covered creature that stood erect and stood more than six feet tall. The face of the creature boasted a muzzle and features of both an ape and a dog. Its hands were oddly formed with a twisted thumb and three fully formed fingers. The beast gave off a putrid smell that was like decaying meat.

Schackelman returned to the site the following evening, hoping for another look, and this time, he actually heard the creature speak in what he described as being neo human. The beats uttered a three-syllable growling noise that sounded like gadara with the emphasis on the second syllable. Schackelman was a religious man and after spotting this obviously evil creature, he began to back away from it and to pray. Eventually the creature was lost to sight.

But did it turn up again? In 1964, another man, Dennis Fewless, had a similar sighting less than two miles away. Fewless was driving home around midnight from his job at the Admiral Television Corp. in Harvard, Illinois. After turning onto Highway 89 from Highway 14, his headlights caught an animal running across the road in front of him. It was dark brown in color and he estimated that it weighed between 400 and 500 pounds. He also described it as being seven or eight feet tall. It ran across the highway, jumped a barbed wire fence and vanished. Fewless returned to the spot (in the daylight) hours to look for footprints or other evidence but the hard, sun-dried ground offered nothing. They did find where the corn had been pushed aside as the beast entered the field though. I was awful scared that night, Fewless told author Jay Rath. That was no man. It was all hairy from head to feet.

In 1972, a werewolf returned to Wisconsin. One night, a woman in rural Jefferson County called the police to report an attempted break in at her home. According to an investigation conducted by the Wisconsin Department of Natural Resources, she said that the intruder was a large, unknown animal that had come to the house and had tried to get in the door. The creature departed but returned again a few weeks later and injured one of her farm animals. The account stated that the creature had long, dark hair, stood about eight feet tall and walked upright like a man. Its arms were long and it had claws on each hand. After trying to enter the house, the beast went out to the barn and attacked a horse that was stabled there. It left behind a deep gash on the animal that stretched from one shoulder to the other. A footprint left behind was more than a foot long. Bigfoot investigators dismissed the report, saying that a Sasquatch would never be that aggressive. But what about a werewolf? Was it a wolfman ?

Perhaps the most celebrated and strange werewolf reports of recent years again come from Wisconsin and involve what has been dubbed the Bray Road Beast. The first public sighting of the monster occurred on October 31, 1999 when 18 year old Doristine Gipson of Elkhorn was driving along Bray Road near Delavan. As she neared the intersection of Hospital Road, she felt her right front tire jump off the ground as if she had hit something. She stopped the car and peered into the darkness to see a dark, hairy form racing toward her. She jumped back into the car and was attempting to drive away when the beast jumped onto her trunk. Luckily, it was too wet for the creature to hang on and it fell off onto the pavement. Doristine returned to the site later on that evening with a young girl that she was taking out trick-or-treating and saw a large form on the side of the road.

She told about her encounter the next day and as word spread, more local people began to step forward with their own encounters with the beast, dating back to 1989. One night in the fall of that year, Lorianne Endrizzi was rounding a curve on Bray Road (just a half mile from the site of the later incident) and saw what she thought was a person hunched over on the side of the road. When she slowed down, she took a closer look at the figure on the passenger side of the car. She was no more than six feet away from it at the time. The sighting lasted for about 45 seconds and she stated that she clearly saw a beast with grayish, brown hair, fangs and pointed ears. His face was  long and snouty, like a wolf. The creature also had glowing yellow eyes. She reported that she had no idea what this thing could have been until she saw a book at the library that had an illustration of a werewolf in it.

Around the same time period, a dairy farmer from Elkhorn (near Delavan) named Scott Bray reported seeing a strange looking dog in his pasture near Bray Road. He said that the beast was larger and taller than a German Shepherd and had pointed ears, a hair tail and long gray and black hair. He added that it was built very heavy in the front, as if it had a strong chest. He followed the dog to a large pile of rocks but the creature had vanished. He did find that it had left behind huge footprints though, which disappeared into the grass of the pasture.

The sightings continued and added up to a number of bizarre encounters between 1989 and 1992. The creature resembled no known animals, but alternately was compared to dogs, bears and wolves. According to Jerome Clark, Dan Groebner of the International Wolf Research Center in Ely, Minnesota stated that the creature could not be a wild wolf. To further complicate matters, all sorts of other sightings in the region also began to pour in, including Bigfoot-like creatures, animal mutilations and men in black. As seems to be the chaos during most Fortean flaps, all matter of high strangeness began to filter into the area. Wolfman mysteries have remianed unsolved. 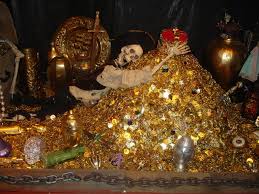 Hidden Treasures – Treasure Chest of the Church of Pisco 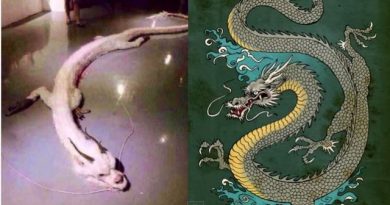 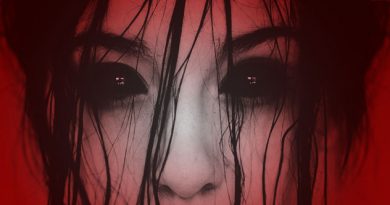 One thought on “Unexplained Mysteries of Werewolves”