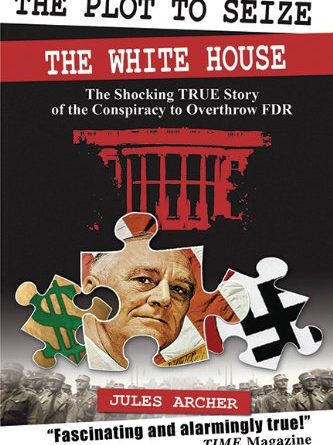 In 1933, group of wealthy businessmen that allegedly included the heads of Chase Bank, GM, Goodyear, Standard Oil, the DuPont family and Senator Prescott Bush tried to recruit Marine Corps Major General Smedley Butler to lead a military coup against President FDR and install a fascist dictatorship in the United States. And yes, we’re talking about the same Prescott Bush who fathered one US President and grandfathered another one. Smedley Butler was both a patriot and a vocal FDR supporter. Apparently none of these criminal masterminds noticed that their prospective point man had actively stumped for FDR in 1932.

Smedley spilled the beans to a congressional committee in 1934. Everyone he accused of being a conspirator vehemently denied it, and none of them were brought up on criminal charges. Still, the House McCormack-Dickstein Committee did at least acknowledge the existence of the conspiracy, which ended up never getting past the initial planning stages. Though many of the people who had allegedly backed the Business Plot also maintained financial ties with Nazi Germany up through America’s entry into World War II. In 1934, the Business Plot was publicly revealed by retired Marine Corps Major General Smedley Butler testifying to the McCormack-Dickstein Congressional Committee. In his testimony, Butler claimed that a group of men had approached him as part of a plot to overthrow Roosevelt in a military coup. One of the alleged plotters, Gerald MacGuire, vehemently denied any such plot. In their final report, the Congressional committee supported Butler’s allegations of the existence of the plot, but no prosecutions or further investigations followed, and the matter was mostly forgotten.

On July 17, 1932, thousands of World War I veterans converged on Washington, D.C., set up tent camps, and demanded immediate payment of bonuses due them according to the Adjusted Service Certificate Law of 1924. This “Bonus Army” was led by Walter W. Waters, a former Army sergeant. The Army was encouraged by an appearance from retired Marine Corps Major General Smedley Butler, who had considerable influence over the veterans, being one of the most popular military figures of the time. A few days after Butler’s arrival, President Herbert Hoover ordered the marchers removed, and their camps were destroyed by US Army cavalry troops under the command of General Douglas MacArthur.

Butler, although a self-described Republican, responded by supporting Roosevelt in that year’s election. In a 1995 History Today article Clayton Cramer argued that the devastation of the Great Depression had caused many Americans to question the foundations of liberal democracy. “Many traditionalists, here and in Europe, toyed with the ideas of Fascism and National Socialism; many liberals dallied with Socialism and Communism.” Cramer argues that this explains why some American business leaders viewed fascism as a viable system to both preserve their interests and end the economic woes of the Depression.

Zack Bowen got his wish to come home via a general discharge. Because of the less than honorable conditions of his departure from the Army, despite an alleged honorable recommendation from his commanding officer, Bowen was left bitter. Still, he managed to keep enough of a smile on to become a bartender in the French Quarter of New Orleans after he came home. He and his wife separated not long after his return, leaving Zack single in a city full of eligible women.

Bowen eventually set his sights on another bartender. Her name was Addie Hall. The two had one important thing in common, they both liked to drink — a lot. When Hurricane Katrina hit, the two holed up in their apartment together and rode out the storm. They were two of very few people who did not evacuate. This gained them media attention in the wake of the storm, partly because Addie had a habit of baring her breasts at police officers when they drove by. The two were also known to make cocktails for visitors to the damaged neighborhood.

The Business Plot, The Plot Against FDR, or The White House Putsch, was an uncovered conspiracy involving several wealthy businessmen to overthrow President Franklin D. Roosevelt in 1933.

Purported details of the matter came to light when retired Marine Corps Major General Smedley Butler testified before a Congressional committee that a group of men had attempted to recruit him to serve as the leader of a plot and to assume and wield power once the coup was successful. Butler testified before the McCormack-Dickstein Committee in 1934. In his testimony, Butler claimed that a group of several men had approached him as part of a plot to overthrow Roosevelt in a military coup. One of the alleged plotters, Gerald MacGuire, vehemently denied any such plot. In their final report, the Congressional committee supported Butler’s allegations on the existence of the plot, but no prosecutions or further investigations followed, and the matter was mostly forgotten.

General Butler claimed that the American Liberty League was the primary means of funding the plot. The main backers were the Du Pont family, as well as leaders of U.S. Steel, General Motors, Standard Oil, Chase National Bank, and Goodyear Tire and Rubber Company. A BBC documentary claims Prescott Bush, father and grandfather to the 41st and 43rd US Presidents respectively, was also involved. …

Portions of Butler’s story were corroborated by:

Veterans of Foreign Wars commander James E. Van Zandt. “Less than two months” after General Butler warned him, he said “he had been approached by ‘agents of Wall Street’ to lead a Fascist dictatorship in the United States under the guise of a ‘Veterans Organization.’ ”
Captain Samuel Glazier—testifying under oath about plans of a plot to install a dictatorship in the United States.
Reporter Paul Comly French, reporter for the Philadelphia Record and the New York Evening Post.

Several scenarios have been proposed in explaining why the affair did not become a cause celebre, among which are:

The story was an embarrassment to people of influence, and it was best to sweep it under the rug as quickly as possible.
In 1934, newspapers were controlled by a relatively small elite — according to then-Interior Secretary Harold L. Ickes, 82% of all dailies had monopolies in their communities. Proponents of the theory thus suggest that the media downplayed Butler’s testimony based on the interests of their advertisers and owners.
Some of Roosevelt’s advisors were in on the plot, and downplayed it when it was exposed to prevent their dirty laundry from being aired in public.

Those who doubt Butler’s testimony claim that it simply lacked evidence.

Historian Robert F. Burk: “At their core, the accusations probably consisted of a mixture of actual attempts at influence peddling by a small core of financiers with ties to veterans organizations and the self-serving accusations of Butler against the enemies of his pacifist and populist causes.”
Historian Hans Schmidt: “Even if Butler was telling the truth, as there seems little reason to doubt, there remains the unfathomable problem of MacGuire’s motives and veracity. He may have been working both ends against the middle, as Butler at one point suspected. In any case, MacGuire emerged from the HUAC hearings as an inconsequential trickster whose base dealings could not possibly be taken alone as verifying such a momentous undertaking. If he was acting as an intermediary in a genuine probe, or as agent provocateur sent to fool Butler, his employers were at least clever enough to keep their distance and see to it that he self-destructed on the witness stand…MacGuire repeatedly perjured himself…Butler may have blown the whistle on an incipient conspiracy…”

Historian Arthur M. Schlesinger Jr.: “Most people agreed with Mayor La Guardia of New York in dismissing it as a “cocktail putsch… As for the House committee, headed by John McCormack of Massachusetts, it declared itself “able to verify all the pertinent statements made by General Butler” except for MacGuire’s direct proposal to him, and it considered this more or less confirmed by MacGuire’s European reports. No doubt MacGuire did have some wild scheme in mind, though the gap between contemplation and execution was considerable and it can hardly be supposed that the republic was in much danger.”

Historian James E. Sargent reviewing “The Plot to Seize the White House” by Jules Archer: “Thus, Butler (and Archer) assumed that the existence of a financially backed plot meant that fascism was imminent and that the planners represented a wide spread and coherent group, having both the intent and the capacity to execute their ideas. So when his testimony was criticized and even ridiculed in the media and ignored in Washington, Butler saw (and Archer sees) conspiracy everywhere. Instead, it is plausible to conclude that the honest and straightforward, but intellectually and politically unsophisticated, Butler perceived in simplistic terms what were in fact complex trends and events. Thus he leaped to the simplistic conclusion that the President and the Republic were in mortal danger. In essence, Archer swallowed his hero whole.” 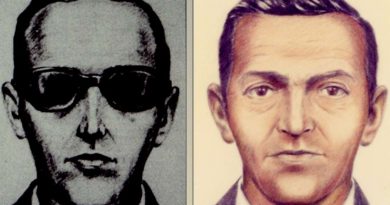 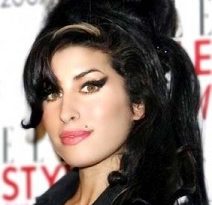