Aicha Kandicha (referred to in some works as Qandisa) is a female mythological figure in northern Moroccan folklore. One of a number of folkloric characters who are similar to jinn, but have distinct personalities, she is typically depicted as a beautiful young woman who has the legs of a hoofed animal such as a goat or camel. Although descriptions of Aicha Kandicha vary from region to region within Morocco, she is generally thought to live near water sources, and is said to use her beauty to seduce local men and then madden or kill them.

Nearly all accounts of Aicha Kandicha identify her home as a nearby body of water. In Tangier, this is thought to be the sea; in Tetouan it is the Martil river, in Fes it is a drainage canal, and among the Beni Ahsen it is the Sebou river. There is also general agreement that she primarily preys upon young men, whom she entices with her beauty or by posing as their wives. More localized beliefs about Aicha Kandicha, such as those of the Beni Ahsen, include that she is afraid of steel knives and needles and that she has a husband (or male associate) known as Hammu Qayyu. In more southern regions of Morocco, including Doukkala, she is instead called “Kharaja.”

In the traditions of the Buffi Sufi order, Aicha Kandicha is only one of a number of female jinn with the given name Aicha, each of whom have different personalities. The Buffis believe her to wear black garments, have camel-like feet, cause pregnant women who see her to miscarry, and cause people she possesses to bray or bark like animals. Names that may be synonymous with Aicha Kandicha elsewhere—including “Sudanese Aicha” (ʿayša s-sudaniya) and “Aicha of the Sea” (ʿayša l-bəḥriya) — are seen by the Buffis as unique entities.

A succubus is a demon or supernatural entity in folklore, in female form, that appears in dreams to seduce men, usually through sexual activity. According to religious traditions, repeated sexual activity with a succubus can cause poor physical or mental health, even death.

As depicted in the Jewish mystical work Zohar and the medieval rabbinical text Alphabet of Ben Sira, Lilith was Adam’s first wife, who later became a succubus. She left Adam and refused to return to the Garden of Eden after she mated with the archangel Samael. In Zoharistic Kabbalah, there were four succubi who mated with the archangel Samael. There were four original queens of the demons: Lilith, Eisheth, Agrat bat Mahlat, and Naamah. A succubus may take a form of a beautiful young girl but closer inspection may reveal deformities of her body, such as bird-like claws or serpentine tails. Folklore also describes the act of sexually penetrating a succubus as akin to entering a cavern of ice, and there are reports of succubi forcing men to perform cunnilingus on their vulvas, which drip with urine and other fluids. In later folklore, a succubus took the form of a siren.

Throughout history, priests and rabbis, including Hanina Ben Dosa and Abaye, tried to curb the power of succubi over humans. However, not all succubi were malevolent. According to Walter Map in the satire De Nugis Curialium (Trifles of Courtiers), Pope Sylvester II (999–1003) was allegedly involved with a succubus named Meridiana, who helped him achieve his high rank in the Catholic Church. Before his death, he confessed of his sins and died repentant.

Morocco, at the northernmost point of Africa, is now a Muslim country with Arabian culture. But, it was not always this way. The official language of Morocco is Arabian but everyone also speaks French, English, and Spanish. Considering its French influence over the culture one can see the French tried to

conquer this territory. The Spanish and French fought over this country for decades. At one point it was a lawless land, a land that belonged to nobody.

“The sheriff doesn’t like it, Rock the Kasbah…” Lyrics from a popular song about Tangier being the party city of the African World. Artists came to do drugs and have sex since it did not belong to any country, people did as they please. In the 1920s Tangier became a gay mecca. Once it became an Arabian country it all stopped.

During the wars and the take-overs of Morocco’s past, soldiers of all kinds tore through this small country. A woman named Aisha Kandisha, a resistance fighter helped fight these men. She seduced the soldiers one by one and killed them. She killed so many men everyone began to talk about her. The soldiers began to fear her. The locals thought she had superpowers. She killed so many soldiers they thought she wasn’t human. The people of Morocco credit Aisha for taking back the country and getting rid of the invaders.

Today, the story is mostly told to children as a way to make them behave. At the opposite end of this creepy urban tale, some people consider her to be a spiritual leader considering she made Morocco what it is today.

Urban legends are fascinating and sometimes downright scary. Whether you are in the United States or across the globe, there is always a demon waiting for you… in Morocco, her name is Aisha Kandisha. 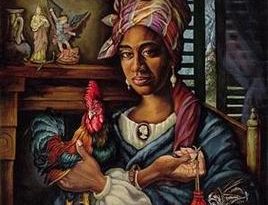 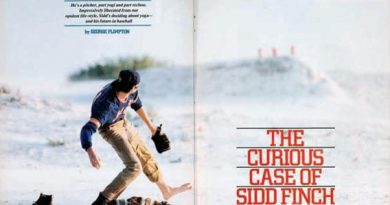 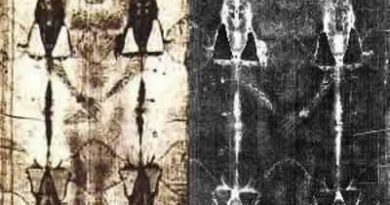 Shroud of Turin – Resurrection of Jesus