Enter “extreme” haunted houses  also called interactive or intense haunted houses  which cater to the demand of increasingly desensitized patrons looking to be frightened to their core at Halloween. Some aim to terrorize and traumatize; others just want to give everyone a scary, but fun, time. Most designers of such events believe that while traditional haunted houses will always have their place, extreme events are shaping the future by evolving with today’s society to ensure everyone has ample opportunities to laugh, cry and scream his head off every Halloween.

Here are some of the most unusual extreme Halloween events for 2014: Blackout, which pioneered the X-rated Halloween experience, relies on darkness, loud noises, nudity, sexual situations and violence to terrify its customers. Many call it the most extreme event in the country. In past years, patrons have ended up half-naked, bound and gagged, standing opposite a highway in full view of the world. Participants must be 18 or over, and they must sign a waiver. There is even a safety word for those who can’t take it. Though its been a solo experience up until now, this year guests will experience Blackout: House in groups. Creative director Josh Randall, continuing to “reinvent” what he describes as “more theater” than a haunted house, declined to say what will happen this year, noting only that the New York and LA versions will be nearly identical. 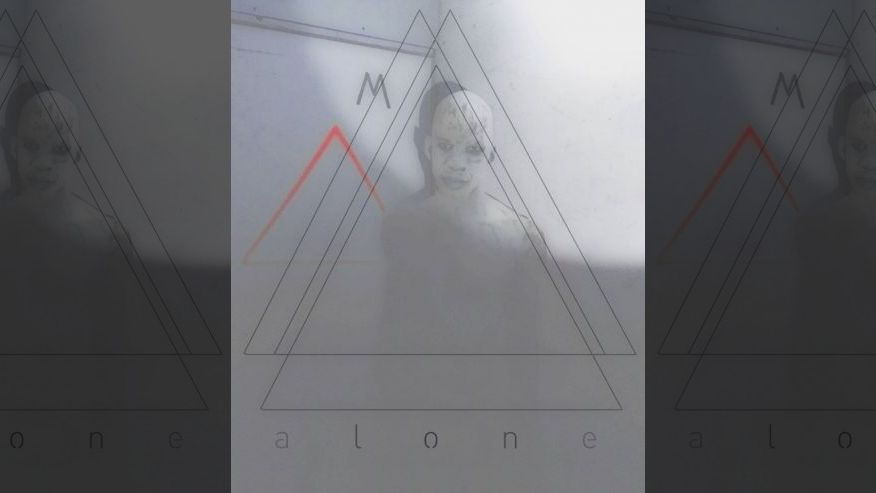 If youre looking for a mental test, Alone: An Existential Haunting will be unnerving. Co-creator Lawrence Lewis describes the event as a “blank canvas” onto which customers’ nightmares unfold. “We don’t utilize any fake blood or guts or crazy clowns or chainsaws,” he says. “We stick to the psychological fear that we are all built with internally and exploit that and let the mechanisms of fight or flight take over.” Another adults-only “waiver maze,” Alone gets very physical with its guests, adding in sexuality and personalized attention, including calling out patrons’ names.

Arguably the most extreme haunted house, McKamey Manor is run by Russ McKamey and his girlfriend, Carol Schultz, who live to draw out deep, horrifying, emotional responses from people. This years grueling experiences are designed to last up to eight hours for one or two people per day. Special effects, animatronics, intense actors and purely disgusting interactive moments make this haunted house unique, and shivering, crying, passing out and being left in emotional shambles are not uncommon. So far, no one has made it through, and there is no safe word to escape  though McKamey pulls the plug when medically necessary. McKamey films his guests to make a “mini movie” of each experience. “It really is like watching somebody live their own horror movie right there, six inches in front of their face,” McKamey joyously explains. Some of its most extreme moments occur on a morgue table, including the use of a live tarantula. “You want to see true fear? You put live spiders crawling on somebody’s face, and the tears are just flowing down their eyes in silence. It’s like you’re watching a silent movie,” McKamey says. Though he says hes invested more than half a million dollars into the event, McKamey doesn’t ask his guests for a dime  just a dog food donation for Operation Greyhound. He does it “for the love of the haunt,” simply wanting to put on the “biggest, craziest show” anyone’s ever seen. No wonder he has a waiting list of more than 17,000. 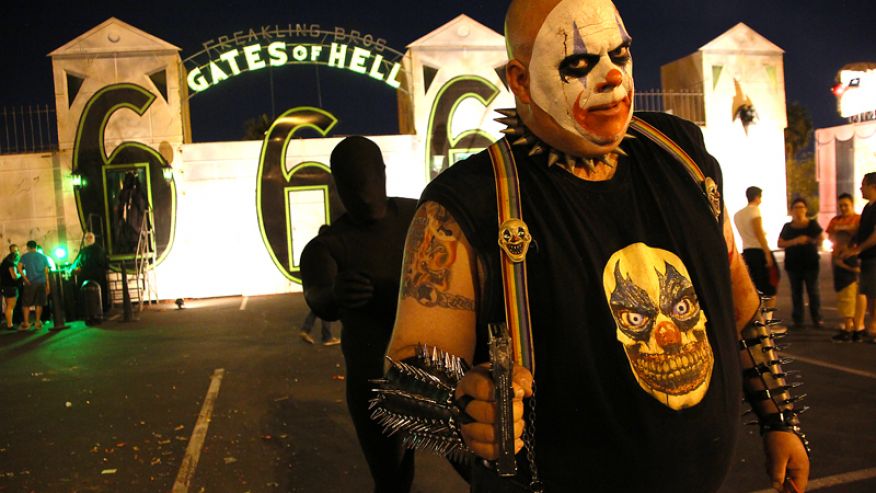 It’s a tough order to freak out Sin City, but the Freakling Brothers live up to their name with some of the most extreme haunted houses in the country. Co-creator JT Mollner describes their R-rated “Gates of Hell” as a “full contact haunted house” in which guests 17 and over are bombarded with profanity, violent situations and frequent touching. Its most intense scenes are “Faces of Death” moments, each depicting horrible ways to die, culminating with stepping into a death camp and “dying” by firing squad. But “Gates of Hell” is nothing compared to “Victim Experience,” designed to please a niche audience that wants to feel like its succumbing to traumatizing crimes. Limited to five tickets per night, the Victim Experience subjects patrons to intense physical contact, emotional torture, suffocation, waterboarding and simulated criminal sexual content. “I don’t know if I personally would pay to go through the Victim Experience,” says Mollner, noting that only 30 percent of patrons (mostly women) have made it through without using the safe word. Not all extreme haunted houses are meant to traumatize. ScareHouserelies on science to dig deep into the psychology of the scare and leave guests with a new outlook on life. Dr. Margee Kerr, a sociologist and “fear expert,” used data to design the horrors found in ScareHouse’s The Basement. Set in the basement of a former Elks lodge, The Basement was designed to make people feel better. “It was meant to actually help people in a way  to challenge them to think about things that they had never thought about before,” said Kerr. “People don’t think anymore. We want people to think.” Through a series of theatrical vignettes, guests address fears that include claustrophobia, needles, electric shocks and doctors. The event also questions guests’ religious beliefs, a sensitive subject for many. But ScareHouse adheres to strict morals; it never depicts helpless females or sexual violence against women. Instead, women are some of its most aggressive and powerful characters. Beyond the intellectual, physical and downright disturbing, extreme haunted houses can tap into superficial fears  namely the fear of one’s own body. Shocktoberfest’s Naked and Scared Challengeallows guests to traverse a dark haunted house nearly nude, literally stripping off outer layers of protection. After a brief battle with the local township, creator Pat Konopelski decided he couldn’t allow guests to participate naked, so they wear the littlest of underwear. He said removing clothing makes the experience more “intrusive and personal and intimate.” They use special techniques and scare devices  water and air blasts among others  to heighten the experience. Coupled with near-freezing fall weather, it becomes quite a rush for those prancing through in their underpants. “When they have that layer of protection removed, that is a whole new sense that is now available to be entertained and exploited,” Konopelski said. Aboard the historic Queen Mary cruise ship lies Dark Harbor, a Halloween event that this year is adding “Encounters” that center around the vessel’s real-life ghost stories. Director of entertainment events Steve Sheldon developed the idea of having guests explore areas of the ship theyve never visited before, including the engine room, and adding interactive mind games along the way. Customers are sent on a ghost hunt gone wrong, required them to find their way out of the mess. Sheldon believes guests will walk away “entertained, scared, intrigued, wanting more.”

8. Terror Behind the Walls at Eastern State Penitentiary (7+)  Philadelphia, PA While most extreme haunted houses are aimed squarely at adults, Terror Behind the Walls gives kids an opportunity to join in the fun. Designed to raise funds to maintain the historic and reputedly haunted Eastern State Penitentiary, it has six traditional haunted houses. Last year they debuted a “more intense” option that allows actors to touch guests in a variety of inventive, fun and thrilling ways, at no additional cost. Those who opt in wear red glow stick necklaces so the actors can single them out in the haunted houses, particularly in the new “Machine Shop.” Guests may find themselves pulled into a prison cell and confronted by burly bald inmates threatening to shave their heads. Such one-on-one moments happen sporadically. More frequent touching includes actors brushing various body parts  never inappropriately  or stopping guests in their path to create some contact and a quick startle. Creative director Amy Hollaman went to great lengths to choreograph each touch and movement for maximum effect, never becoming repetitive. Children become part of it with their own smaller scale interactive adventures mid-haunt, such as crawling through a tree or digging in the dirt for a spider, which they get to keep. 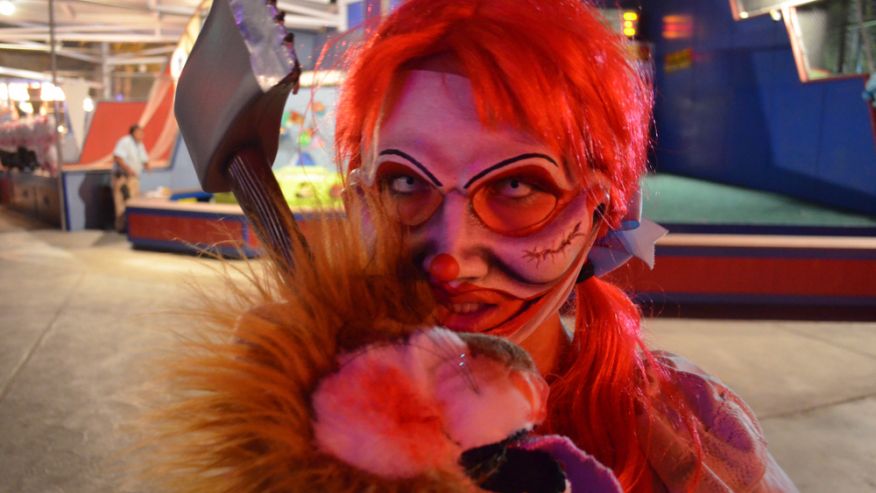 The only big West Coast theme park to feature an extreme haunted house, Knott’s Berry Farm added Trapped to its lineup three years ago. The Halloween event is open to all ages, though its recommended for those 13 and over (minors must be accompanied by an adult). “We can’t go crazy extreme, nor do we want to, because it’s a theme park,” said Gus Krueger, design specialist for Knott’s Scary Farm. “But we definitely are able to push the limits here, and we’ve never gotten feedback that it’s not extreme enough.” Actors are hands-on, and guests must interact with them while walking through, remaining in scenes for several minutes instead of just passing through. In past years, Trapped has locked guests inside cages, sprinkled simulated “rat poop” on them, forced them to eat bugs and to receive shocks by touching water pouring out of electrical sockets to “complete the circuit.” The goal is to put guests in uncomfortable situations, but make it rewarding and fun. Krueger says the best reaction on the way out is, “Wow, that was cool, but that was so horrible.”