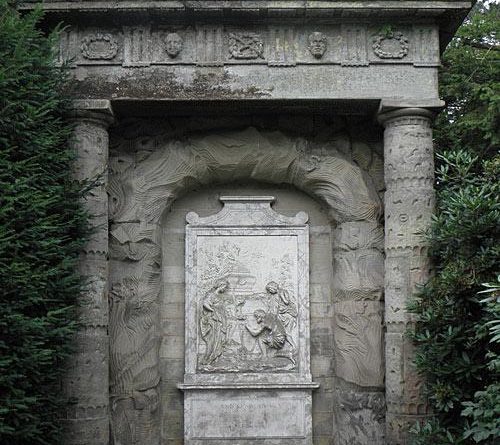 In Staffordshire, England, there is a sculpture that has invited the wits and intellect of many intellectuals in an attempt to decode an inscription reading DOUOSVAVVM. Although the Shepherds Monument was constructed back in the 18th century, the letters found therein were never solved, even 250 years after it was completed. The Shugborough inscription is a sequence of letters – O U O S V A V V, between the letters D M – carved on the 18th-century Shepherd’s Monument in the grounds of Shugborough Hall in Staffordshire, England, below a mirror image of Nicolas Poussin’s painting, the Shepherds of Arcadia. It has never been satisfactorily explained, and has been called one of the world’s top uncracked ciphertexts. The inscription became widely known after being mentioned in the 1982 book The Holy Blood and the Holy Grail by Michael Baigent, Richard Leigh, and Henry Lincoln.

The monument was built sometime between 1748 and 1763, commissioned by Thomas Anson, paid for by his brother, Admiral George Anson, and fashioned by the Flemish sculptor Peter Scheemakers. The relief copy of the Poussin painting is contained within a rustic arch, and shows a woman and three shepherds, two of whom are pointing to a tomb. On the tomb is carved the Latin text Et in arcadia ego (“I am also in Arcadia” or “I am, even in Arcadia”). The carving displays a number of small alterations from the original painting, and an extra sarcophagus has been placed on top of the main tomb. Above the Poussin scene are two stone heads, one showing a smiling bald-headed man, the other bearing a likeness to the goat-horned Greek god Pan.

Below the relief carving on the monument, an unknown craftsman carved the mysterious eight letters, contained within the letters ‘D M’. On Roman tombs, the letters ‘D M’ commonly stood for Diis Manibus, meaning “dedicated to the shades”.

Josiah Wedgwood, Charles Darwin and Charles Dickens are all said to have attempted to solve the enigma and failed.No solution has yet been proposed which rests on a solid cryptanalytic footing. However, in recent decades, investigators have proposed several possible solutions. Some of these are acrostic, interpreting each letter as the initial letter of a word.

One suggestion is that the eight letters are a coded dedication by George Anson to his deceased wife. In 1951 Morchard Bishop speculated that the letters might be an acronym for the Latin phrase Optimae Uxoris Optimae Sororis Viduus Amantissimus Vovit Virtutibus (“Best of wives, Best of sisters, a most devoted Widower dedicates (this) to your virtues”).

Steve Regimbal interprets the letters as standing for a new Latin translation of the phrase “Vanity of vanities, saith the preacher; all is vanity.” (Ecclesiastes 12:8), namely Orator Ut Omnia Sunt Vanitas Ait Vanitas Vanitatum. He has speculated that the phrase may be the source of the earlier inscription “OMNIA VANITAS” which may have been carved on an alcove at the estate of one of Thomas Anson’s associates, George Lyttleton.

Margaret, Countess of Lichfield has claimed that the inscription was a love message, referring to the lines Out Your Own Sweet Vale, Alicia, Vanishes Vanity. Twixt Deity and Man Thou, Shepherdess, The Way, but no source for these words has ever been traced.

A. J. Morton observes that some of the letters match the names of the residents of Shugborough in the early 19th century, and believes that the inscription denotes the words Orgreave United with Overley and Shugborough, Viscount Anson Venables Vernon.

a work by Peter Oberg where the letters stand for numbers which sum to 2810, the distance in miles 2810 miles from Shugborough to the so-called “Money Pit” on Oak Island, in Nova Scotia, Canada.

a suggestion that relies on pronouncing ‘UOSV’ as ‘Iosef’, interpreted as a reference to the biblical prophet Joseph.

a proposal that ‘VV’ should be read as ‘TEN’, with reference to Roman numerals, and the 10 letters then read as an anagram of ‘DEVOUT MASON’.

In 1982, the authors of the pseudohistorical The Holy Blood and the Holy Grail suggested that Poussin was a member of the Priory of Sion, and that his Shepherds of Arcadia contained hidden meanings of great esoteric significance.

In 2003, Dan Brown developed similar themes in his bestselling novel The Da Vinci Code, and in 2004 Richard Kemp, the general manager of the Shugborough Estate, launched a promotional campaign which asserted a connection between Shugborough, and in particular the Shugborough inscription, and the Holy Grail.

Speculation then grew that the inscription may encode secrets related to the Priory of Sion, or the location of the Holy Grail. As part of the Shugborough promotion, some individuals who had previously worked as codebreakers at Bletchley Park pursued this line of investigation. Oliver Lawn proposed that the letters may encode the phrase Jesus H Defy, where the H supposedly stands for “Christos” (Greek for “Messiah”) and the reference is to a Jesus bloodline which allegedly descends from a non-divine Jesus and was preserved by the Priory. Sheila Lawn, his wife, preferred the love story theory. Despite the couple’s previous employment, neither of their suggestions enjoyed reliable cryptanalytic support and both were presented as speculative.

The Solution of this riddle is very easy and simple, because the key we need to solve this riddle is already given. Surprised? Yes, because the solution, which is obvious, is not in English, but in a Norwegian dialect as we soon will see. This is probably the reason why this riddle of the Shepherd monument is not solved a long time ago. And just the fact, that the code is given, fits well into what Oliver Lawn says: “No code of ten letters is possible to break definetely”. He should of course have added: “If the code is not given”. (Here is only eight letters).

When we look how this is written(1), we will see that the number of letters between D and M in the alphabeth is equal to the numbers of letters who is written above: “ouosvavv”. It is eight. So we put in this eight letters in the alphabet between D and M (2). Then we make numbers of the letters in the second line like A=1, B=2,..E=5,etc., like (3):5,6,7,etc. And we do the same to the inscription above, make numbers of the letters and used their number in the alphabet.(4) Then we put together these to lines of numbers. But if we got a number higher than 26, then we must take away 26 because the alphabeth has no more letters than 26. (The Norwegian alphabeth has 29 letters today, but not at the time this Shugborough inscription were made.) Then we got one line with eight numbers(4/5). In (5) we go the opposite way, make letters of the numbers. Then we got the solution in (5).

But what means TA : VA : EK : GH ? Except GH who is and old fashion way to start writing the name of Jesus:GHesus. In older time, and in some word to day, in Norway, the letter of G is pronounced like the letter of J. Commonly the letter G is pronounced “the hard way”, more likely K but softer. See (6). Jesus is the same as Joshua in English. (I am the way, the truth and the life..)

And where in Norway do the people talks like this who is not common Norwegian? The pronouncing of the letters and words may vary different places in Norway – but we do indeed understand each other! So if you go to the part of Norway called Sogn – the district with the longest fiord in the world, Sognefjorden – you will hear people speak like this; “Da va eg (Ghesus)”. And south of Sogn, in the nortern part of Hordaland, may be also in the middle of Hordaland, just outside Bergen town, they also speak closely like this. But I think the author of the riddle must be from some where in Sogn. But he may have stayed in Bergen for some times, and from there gone to England. If here should be some connection to the Templars: The name Sinclair is well known in Bergen at this time(1500-1800)AD.

In English the solution will be translated to: That was I, Joshua,(8). May be it is better English to write “That was me”, but it will be a wrong translation if we compare the Norwegian text. The personal pronoun is written in “Nynorsk” EG, and in “Bokmål” JEG and in English I. But this word could be pronounced different i different parts of Norway: EG, EJ(closely to the English “ai”), E, Æ, JE og JEI.

And at last here is the question where the riddle give us the answer: “Who was (or is) the Shepherd?”(to humankind). And the answer is: “That was(is) I, Joshua”.
Who else could it be? 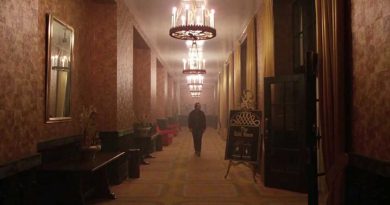 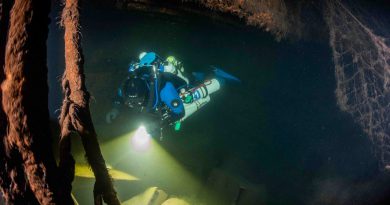 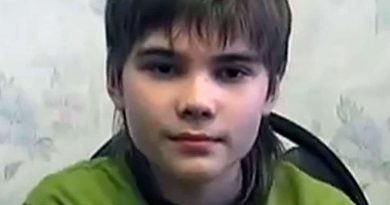