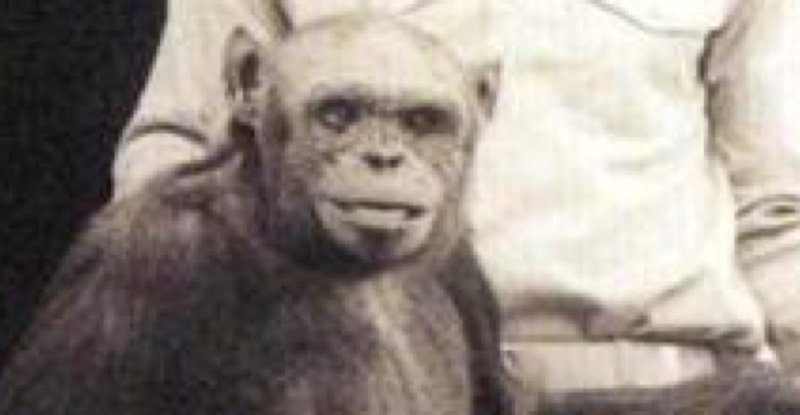 A prominent US scientist has claimed researchers in Florida succeeded in breeding a human-chimp hybrid called a ‘humanzee’ in controversial, long-rumoured 1920s research.

Evolutionary psychologist Gordon G. Gallup, Jr., who achieved renown for his pioneering mirror self-recognition experiments with animals in the 1970s, says a former university professor told him the hybrid creature was born at an animal research laboratory where he once worked.

“One of the most interesting cases involved an attempt which was made back in the 1920s in what was the first primate research centre established in the US in Orange Park, Florida,” Gallup told The Sun.

“They inseminated a female chimpanzee with human semen from an undisclosed donor and claimed not only that pregnancy occurred but the pregnancy went full term and resulted in a live birth.”

There is little reason to think such an experiment successfully took place – and plenty of reasons to believe it didn’t – but having an otherwise respected researcher make such a statement is drawing attention to this old rumour once again.

Despite the significance of this purported breakthrough, Gallup, now a researcher at the University of Albany, says dictates of conscience over the humanzee experiment didn’t take long to catch up with the scientists involved.

“In the matter of days, or a few weeks, they began to consider the moral and ethical considerations and the infant was euthanised,” Gallup told The Sun, adding that the unidentified mentor who confided in him attested to the veracity of the controversial saga. “He told me the rumour was true. And he was a credible scientist in his own right.” 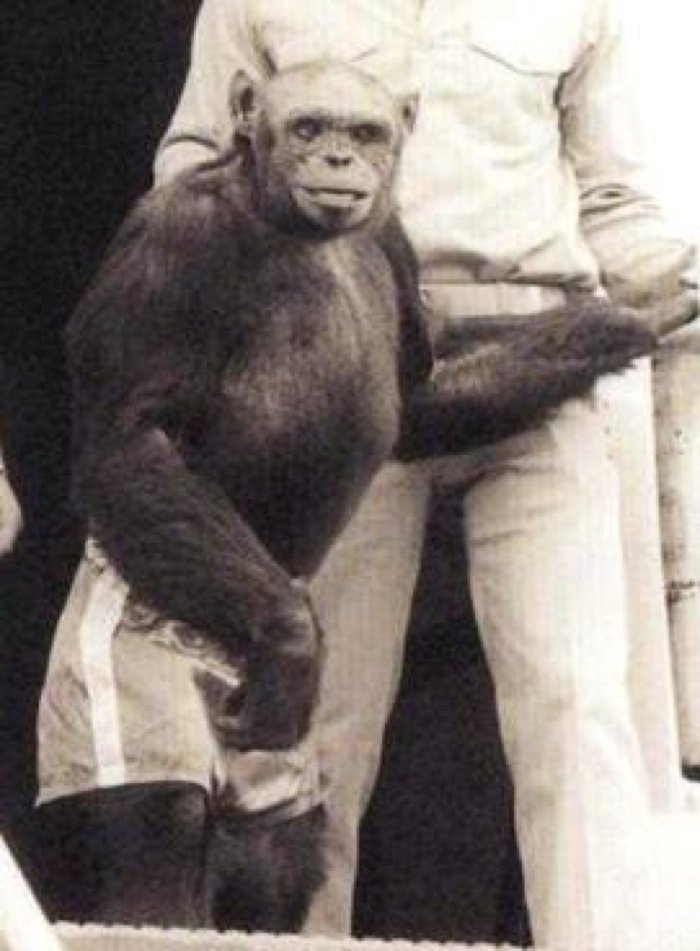 But is it true? While it’s impossible to disprove Gallup’s claims, there are a lot of uncertainties around the story, which is making us pretty doubtful. First up, the timeline. The institution Gallup says carried out the experiment is these days called the Yerkes National Primate Research Centre – but it was established in 1930, not in the 1920s. Its founder, psychologist and primatologist Robert Yerkes, was a divisive figure in the scientific community, given his stated support for eugenics research, but he was also fascinated by animal behaviour, especially that of primates.

Before it was called the Yerkes National Primate Research Centre, Yerkes’ lab went by other names during the 1920s, including the Yale Laboratories of Primate Biology, and the Anthropoid Breeding and Experiment Station in Orange Park, Florida, which presumably is the facility Gallup is referring to.

While Gallup doesn’t identify which university professor told him about the humanzee, it’s not the first time this mystery confidante has been mentioned. In a 2009 documentary, Gallup stated this “credible source” actually witnessed the birth of the hybrid offspring, before later retracting the claim.

The possibility of human–ape hybrids has been entertained since at least the medieval period; Peter Damian (11th century) claimed to have been shown the monstrous offspring of a human woman who had mated with an ape. Linnaeus (1758) used Homo troglodytes as the taxonomical name for a hypothetical human and orangutan hybrid.

Chimpanzees and humans are closely related (sharing 95% of their DNA sequence and 99% of coding DNA sequences), leading to contested speculation that a hybrid is possible.

Humans have one pair fewer chromosomes than other apes, with ape chromosomes 2 and 4 fused in the human genome into a large chromosome (which contains remnants of the centromere and telomeres of the ancestral 2 and 4). Having different numbers of chromosomes is not an absolute barrier to hybridization; similar mismatches are relatively common in existing species, a phenomenon known as chromosomal polymorphism.

All great apes have similar genetic structure. Chromosomes 6, 13, 19, 21, 22, and X are structurally the same in all great apes. Chromosomes 3, 11, 14, 15, 18, and 20 match between gorillas, chimpanzees, and humans. Chimps and humans match on 1, 2p, 2q, 5, 7–10, 12, 16, and Y as well. Some older references include Y as a match between gorillas, chimps, and humans, but chimpanzees, bonobos, and humans have recently been found to share a large transposition from chromosome 1 to Y not found in other apes.

This degree of chromosomal similarity is roughly equivalent to that found in equines. Interfertility of horses and donkeys is common, although sterility of the offspring (mules) is nearly universal (with only around 60 exceptions recorded in equine history). Similar complexities and prevalent sterility pertain to horse–zebra hybrids, or zorses, whose chromosomal disparity is very wide, with horses typically having 32 chromosome pairs and zebras between 16 and 23 depending on species. In a direct parallel to the chimp–human case, the Przewalski’s Horse (Equus przewalskii) with 33 chromosome pairs, and the domestic horse (E. caballus) with 32 pairs, have been found to be interfertile, and produce semi-fertile offspring: male hybrids can breed with female domestic horses.

In 1977, researcher J. Michael Bedford discovered that human sperm could penetrate the protective outer membranes of a gibbon egg. Bedford’s paper also stated that human spermatozoa would not even attach to the zona surface of non-hominoid primates (baboon, rhesus monkey, and squirrel monkey), concluding that although the specificity of human spermatozoa is not confined to man alone, it is probably restricted to the Hominoidea.

There has been a case of a female ape being kept for sexual slavery by humans, yet no records to date of any pregnancies resulting.

Reports on attempted or successful hybridization

Ilya Ivanovich Ivanov was the first person to attempt to create a human–chimp hybrid by artificial insemination. Ivanov outlined his idea as early as 1910 in a presentation to the World Congress of Zoologists in Graz. In the 1920s, Ivanov carried out a series of experiments, working with human sperm and female chimpanzees, but he failed to achieve a pregnancy. In 1929 he organized a set of experiments involving nonhuman ape sperm and human volunteers, but was delayed by the death of his last orangutan. The next year he fell under political criticism from the Soviet government and was sentenced to exile in the Kazakh SSR; he worked there at the Kazakh Veterinary-Zootechnical Institute and died of a stroke two years later.

In the 1970s, a performing chimp named Oliver was popularized as a possible “mutant” or even a human–chimpanzee hybrid. An examination of Oliver’s chromosomes at the University of Chicago in 1996 revealed that Oliver had forty-eight—not forty-seven—chromosomes, thus disproving an earlier claim that he did not have a normal chromosome count for a chimpanzee.Oliver’s cranial morphology, ear shape, freckles, and baldness fall within the range of variability exhibited by the common chimpanzee. Scientists performed further studies with Oliver, the results of which were published in the American Journal of Physical Anthropology. 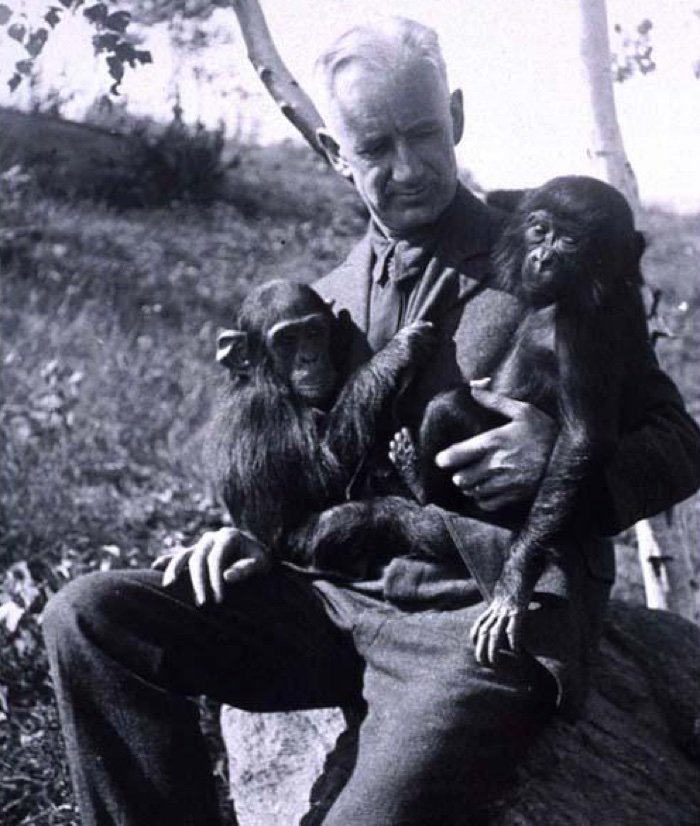 In the 1980s, there were reports on an experiment in human–chimpanzee crossbreeding conducted in the People’s Republic of China in 1967, and on the planned resumption of such experiments. In 1981, Ji Yongxiang, head of a hospital in Shengyang, was reported as claiming to have been part of a 1967 experiment in Shengyang in which a chimpanzee female had been impregnated with human sperm. According to this account, the experiment came to nothing because it was cut short by the Cultural Revolution, with the responsible scientists sent off to farm labour and the pregnant chimpanzee dying from neglect. According to Timothy McNulty of Chicago Tribune, the report was based on an article in the Wenhui Bao paper of Shanghai. Li Guong of the genetics research bureau at the Chinese Academy of Sciences was cited as confirming both the existence of the experiment prior to the Cultural Revolution and the plans to resume testing.

“I didn’t say that happened,” he told The Florida Times-Union in 2009.

“I said there is a persistent rumour it happened.”

Per an account of the incident that no longer appears on Wikipedia but is preserved across numerous internet forums:

“Gallup claimed he heard the story as a young graduate student, when an elderly academic confided in him that he had been part of the team behind the experiment. Gallup added that he feels the colleague telling him of this genuinely believed the story to be true but that he, Gallup, has never been able to prove it one way or another.”

We may never know whether Gallup’s claims are accurate, but even if they’re not, it’s certainly not the only time scientists are reported to have explored the possibilities of human-ape hybridisation.

Researchers in the Soviet Union and China have both experimented with the idea. 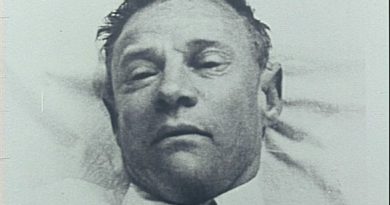 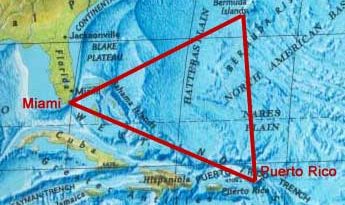 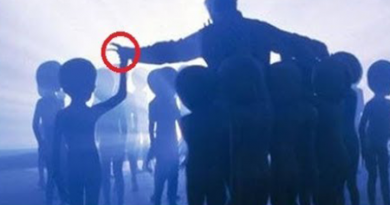