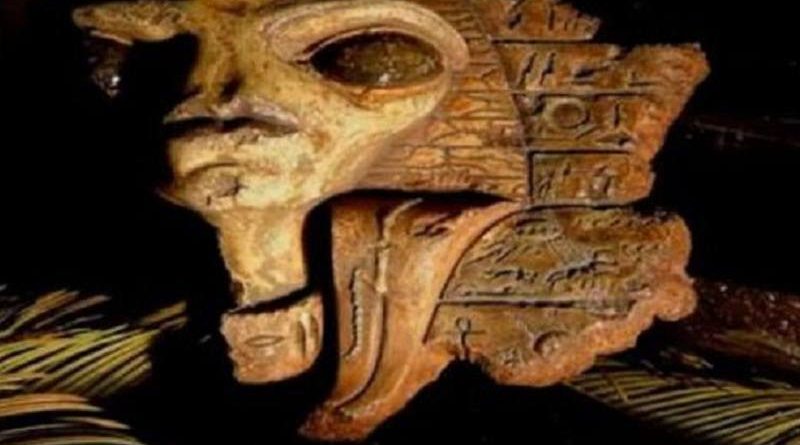 The rumors began to circulate after a video posted to YouTube went viral, which shows photos of various sculptures unearthed in Mexico. The video was posted by the YouTube account “UFOmania” and has been viewed more than 123,000 times since it was posted on Thursday.

Teotihuacán, meaning the “City of the Gods,” is a sprawling, ancient city in Mexico that’s best known for its pyramidal temples and astronomical alignments. Built more than 2,000 years ago, Teotihuacán’s age, size, and complexity can make it seem otherworldly, but it’s very much the work of humans.

Scientists suspect that over centuries, a mix of cultures including Maya, Zapotec, and Mixtec built the city that could house more than 100,000 people. With its murals, tools, transportation system, and evidence of advanced agricultural practices, Teotihuacán is often considered much more technologically developed than should have been possible in pre-Aztec Mexico.

By far, the most well known of Teotihuacán’s buildings is the massive Pyramid of the Sun. One of the largest such constructions in the Western Hemisphere, the pyramid’s curious alignment is believed to be based on calendrical cycles.

Scientists with the Mexican government announced Wednesday the discovery of three new chambers at the end of a tunnel under the ancient city of Teotihuacan. The tunnel was discovered in 2003 beneath the popular tourist destination just outside today’s Mexico City and is among the most important finds in the lost city’s history.

In a press briefing at the National Museum of Anthropology in Mexico City, Mexican archeologists say that the new rooms contained thousands of objects, including carved statues, rubber balls, jade from Guatemala and a wooden box of shells. Beyond some traces of skin, however, no bodies have been discovered, although archaeologists have hypothesized that the site holds a burial chamber, perhaps still buried in the soil. “Just before the chambers is where we found very important offerings—a lot of them—alongside many objects,” says Sergio Gomez, who directs the excavation project.

Archeologists know very little about mountain city of Teotihuacan. The tunnel, discovered 11 years ago under the Temple of the Feathered Serpent at the heart of the ancient metropolis, is the latest piece in a puzzle dating back to before Europeans arrived in the New World. “These findings are very important, both for the quantity and the quality of materials being discovered,” wrote George Cowgill, a professor at Arizona State University in Tempe who directs a research center at Teotihuacan, in an e-mail. It will probably take years of analysis to truly understand the significance of each object and the assemblage, he added.

Those who believe that aliens are somewhere out there have suggested that artifacts in the video were constructed by aliens themselves or that humans made them after having close encounters with each other. “Many will know the Klaus Dona Artifact. There are Tons more where they came from. More and more locals and farmers are showing their private Artifacts,” the video is captioned. “Fortunately they did not give their Artifact to the Smithsonian Institute and the like for further Analysis.”

Many social media users were quick to question the objects and their integrity.

“If they are confident that their  relics of aliens why did they not get examined by the Smithsonian,” one user commented on the video.

“Assuming these are genuine artifact , these are probably not depicting aliens,” another user wrote. “Depicting humans with exaggerated features is something people have been doing for a long time. It’s called caricature.”

This isn’t the first time that theorists have suggested ancient Mexican items and structures were constructed by aliens. Some extraterrestrial believers believe the country’s holy city Teotihuacán, a famed archaeological site, was also crafted by aliens, National Geographic reports. But they have no evidence to back up their claims.

However, that’s not to say the site’s origins aren’t mysterious. It’s unknown exactly who built the ancient city, according to the History Channel. Scholars have some idea of how it got there though, none of which involve aliens. They theorize that either the Toltec civilization built the city or immigrants that flocked to the region after a volcanic eruption constructed the region from the ground up. 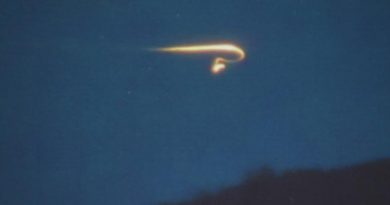 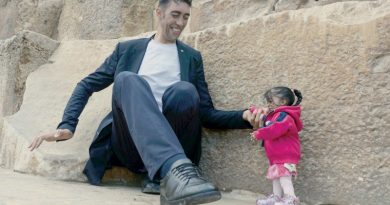