They were the words that echoed from television sets and radios across Australia on December 17, 1967 — the day Holt stepped into the surf at Cheviot Beach near Melbourne and was never to be seen again.

The Australian leader was presumed drowned and a memorial service was held in his honor, attended by world leaders including UK Prime Minister Harold Wilson and US President Lyndon Johnson. But his body was never found, leading to a range of ever-more ridiculous conspiracy theories, including one book which claimed he had been taken by a Chinese submarine.

The Defector, it’s a subversive conspiracy thriller about the world’s only world leader to disappear without a trace, Prime Minister Harold Holt. It was shot by Oscar winner Russell Boyd, edited by Matt Villa (The Great Gatsby, The Water Diviner) and VFX by the team behind Tinker Tailor Soldier Spy and Girl with the Dragon Tattoo.

Some cool facts about Holt:

– Today the 50th anniversary of Holt’s disappearance, this weekend.

– It’s the first movie made about the subject

– It’s first movie to release on a pirate streaming giant

Australia was stunned at the news of their missing prime minister. “I think after the assassination of US President John F Kennedy most people thought world leaders would have a security detail who would not be far away and, if he got in any difficulty, would help him out,” Frame said.

Amateur sleuths, police and even the Australian army descended on the beach in an attempt to find the missing leader, or at the very least his body. The search had involved up to 300 people at times but was finally called off on January 5. No trace of Holt was ever found — all that was left was his pile of clothes sitting on the sand at Cheviot Beach. 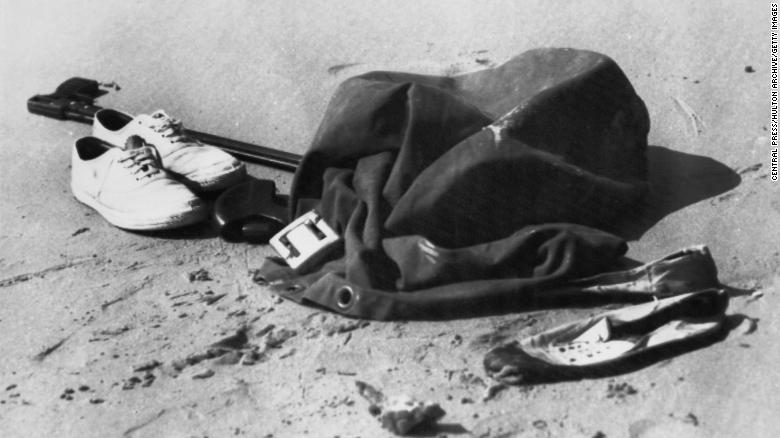 The clothes and spearfishing equipment left on Cheviot Beach near Portsea, Victoria by Australian Prime Minister Harold Holt, who went missing while swimming in December 1967.
His disappearance made Holt’s death part of Australian folklore, and provoked furious debate.

Warhurst said there was wild speculation in the media that Holt had committed suicide, distraught over an allegedly fractious marriage or worn out from his job. Police in their 1968 report found this was highly unlikely. Other theories had a more international flavor.

“(Some claimed) there was some sort of foreign power involved, that he’d been picked up by a Russian or Chinese mission and been whisked away against his will,” he said.
There was even a widely scorned book, titled “The Prime Minister Was A Spy” by British journalist Anthony Grey, which alleged Holt had been a Chinese spy, and had evacuated to a Chinese submarine from Cheviot Beach at the end of his mission.

“None of them have any evidentiary basis whatsoever… they do not hold water, they do not make sense,” Frame said. “The most simple, straight forward explanation is he just drowned, that’s it, and people thought ‘prime ministers can’t do that’.”