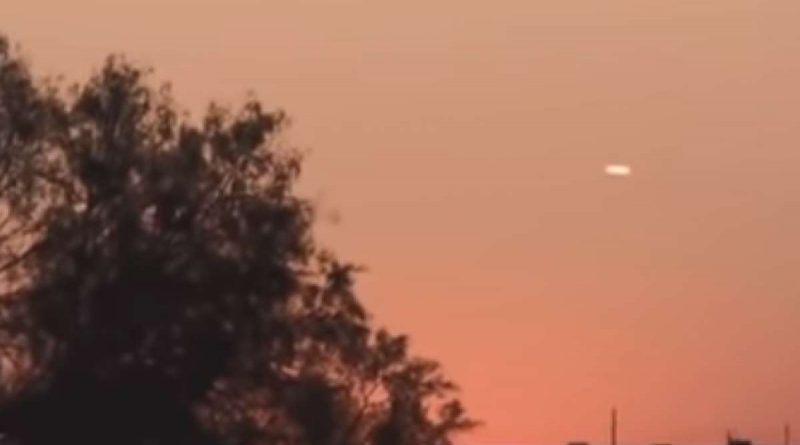 At first, the white object in the sky looked like a cloud. A weather balloon, perhaps ?

The motionless, cigar-shaped object spotted last week near Fort Worth left the witness stumped. And a video of the sighting has since gone viral, opening the door to UFO theories online. “It was the oddest thing I’ve ever seen,” the unidentified witness said, according to their report to Texas UFOs, a website that tracks mysterious UFO sightings throughout the state. “I watched it for about 20 minutes. It didn’t move. I don’t think I’ve ever seen anything in the sky stay that still before, not even for a few seconds, let alone 20 minutes.”

Several people commented on the YouTube video guessing it could be a blimp. However, a Texas UFOs administrator said they couldn’t find any information the Goodyear blimp was scheduled to be in Keller on Nov. 18, the day of the sighting. Further, the witness said it sat motionless in the sky for about 20 minutes, and similar UFO sightings were reported in Brownsville in August 2016 and El Paso in August 2018. A few people went along for the ride on YouTube, with one commenter comparing the footage to “the classic cigar-shaped UFO” he saw in the mid 90’s over Reading, Pennsylvania.

A video recently surfaced on the Internet reportedly showing a large, elongated UFO gliding over Korosten, Ukraine, reports OpenMinds.TV. The object was supposedly videotaped on March 6 over Korosten, which is located near Chernobyl, the site of the 1986 Chernobyl nuclear power plant disaster, where an explosion resulted in radioactive fallout that spread over tens of thousands of square miles.

The Ukraine UFO was uploaded by a YouTube channel called 07TV, which offers many questionable videos, including one claiming to show a grounded flying saucer with aliens moving around it.

Throughout the history of UFO sightings, cigar-shaped craft have been reported with accompanying speculation that these large objects are “motherships” that come from very far away and contain the smaller, oft-reported flying saucers or triangular craft that people claim to see. The “cigar” craft have been compared to ocean-going military aircraft carriers.

“It’s often too easy to label videos we can’t explain as a product of computer generated imagery. In this case, however, the best thing the video has going for it is that the unknown object looks like it could belong in the video,” said former FBI Special Agent Ben Hansen.

“There’s no overt animation mistakes with tracking its movements in frame, and the color and sharpness look appropriately degraded for the given distance from the camera. Having said that, the worse thing working against the authenticity of the video is that it has virtually no pedigree,” Hansen told The Huffington Post.

Hansen, the lead investigator of the Syfy Channel series, “Fact or Faked: Paranormal Files,” cautions against believing everything you see on YouTube as the genuine article.

“These ‘viral campaigners’ are growing like weeds in cyberspace. Some may actually be genuinely interested in UFOs, but they implement parts of contemporary UFO theory into their hoax to increase its effectiveness.”

Hansen suggests more UFO reports may appear on the rise in the proximity of war zones and natural disasters.

“The idea is maybe the ‘visitors’ are observing historic events or seek to intervene. For commercial campaigners, a hot topic — like the conflict in Ukraine — offers a context to build a hoax around and an opportunity that can’t be missed.”

Without an actual witness or facts surrounding the filming of this UFO, Hansen said, any court of law would summarily dismiss it as impermissible evidence. 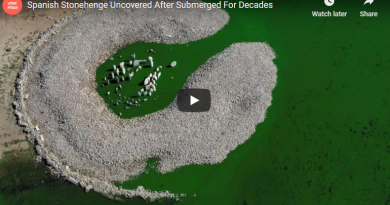 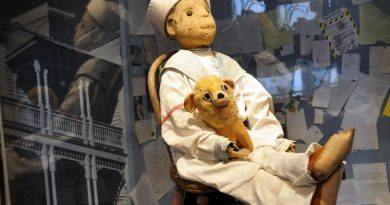